A Bible in Baghdad: How Bookfairs Change Lives 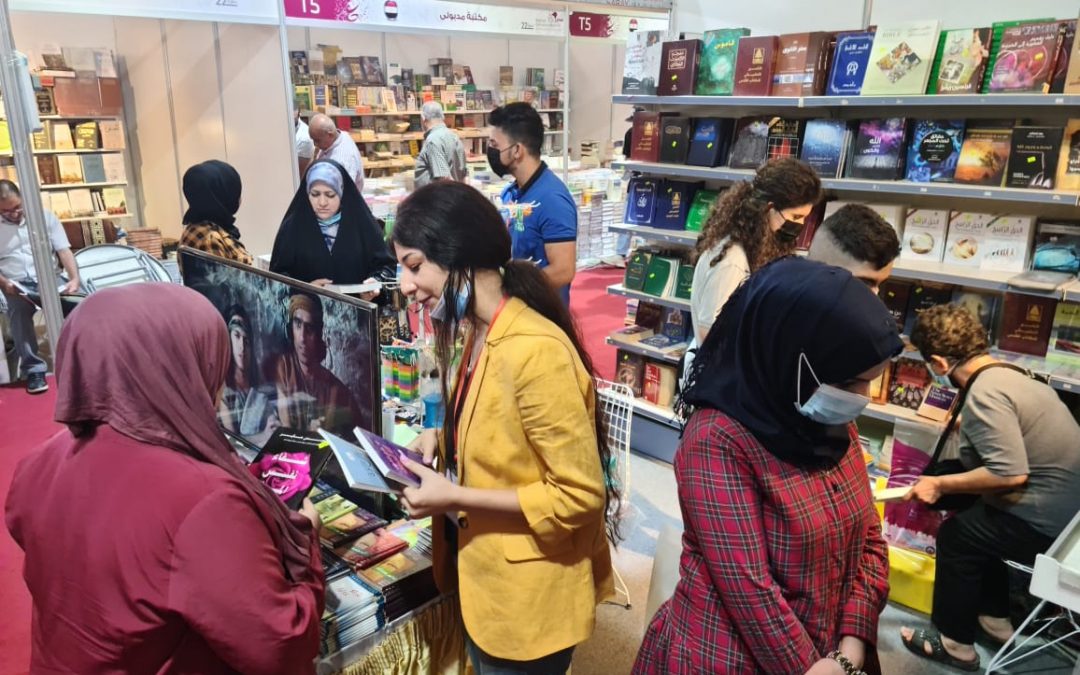 Amidst the lively activities of the fair—which included seminars, book signings, and poetry performances—the “Word of Life” booth stood nestled within the crowded exhibition. The booth offered a variety of DMAH’s Christian books and resources, ranging in topics from Christian Living to Apologetics, along with those of other local churches and ministries. And, as always, the booth featured one of its most popular resources: Arabic translations of the Bible.

During the 10-day exhibit, thousands of people from all demographics and social and religious backgrounds strolled in and out of the exhibition booth, many stopping to chat with the staff. “The beauty of bookfairs is the non-threatening environment for discussion and debate. While many of the guests would never imagine entering a church, the booth provides a safe and open space to ask questions and explore resources about the Christian faith,” explained Naji Gedeon, Sales & Production Director at Dar Manhal. “And while we don’t often have the benefit of hearing how people are impacted by these conversations and resources, there are moments of grace where God shows us the fruit of our labors.”

This year a woman came to the booth and shared about how she had previously visited the booth at the 2019 fair, where she received an Arabic Bible. A few months before the bookfair, her father had passed away, and she was still struggling with the grief of his loss. That night, after returning from the bookfair, she awoke at 3am and was unable to fall asleep again because of her sorrow. Not knowing why, she decided to open her Bible. Instantly her eye caught a verse: “Come to me all who are weak and weary, and I will give you rest.” In that moment she was overcome with a deep sense of peace and comfort. Although hints of grief remain, she expressed her gratitude and shared how the Bible, which she has continued to read since, remains a source of comfort and hope for her.

Please pray that God continues to touch the lives of people who visited the Baghdad bookfair. Pray that He also works through DMAH and their partners as they are currently hosting a booth at the Cairo International Book Fair—the largest book fair in the Arab world—from June 30th to July 15th.

← The Book of Revelation – a Comfort in Extraordinary Times! Discipling the Arab World through Local Authors →