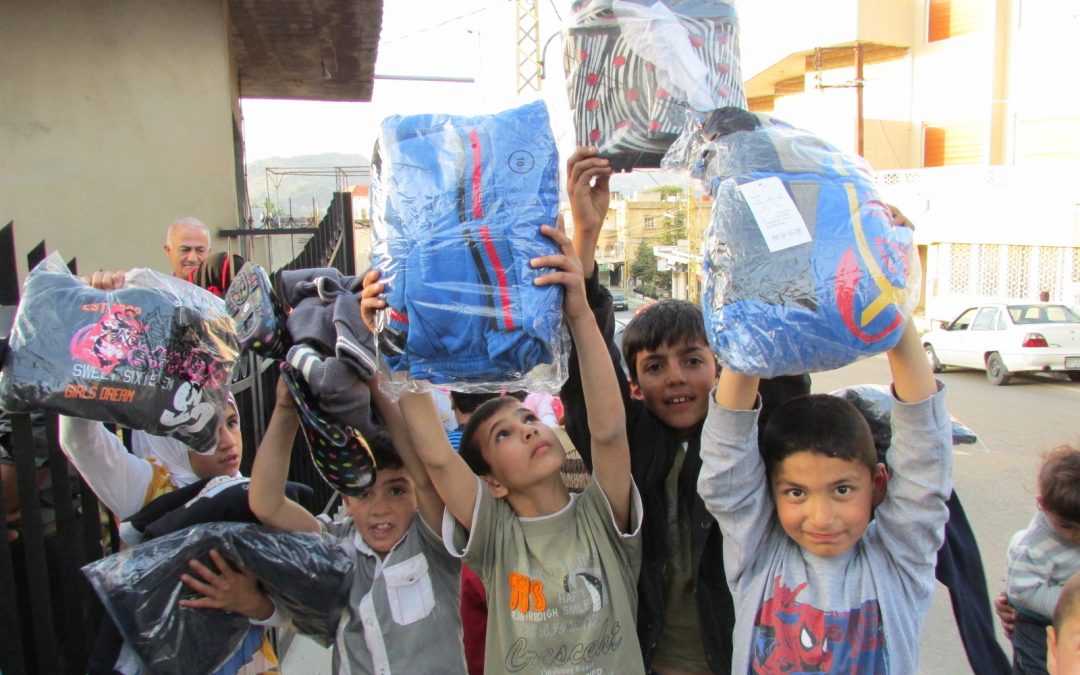 On April 7, 2014 Syrian refugee children residing in Ain Zhalta attended a children’s event and clothing distribution hosted by the local Baptist church, an implementing partner of LSESD.  Ain Zhalta is a small town situated in the Chouf district of the mountains in Southwest Lebanon and was chosen to be one of the locations for LSESD’s children’s clothing distribution project. This project used funding from the Dutch Baptists to purchase jackets, sweaters, sweat pants, socks and rain boots for children ages 5 to 14. 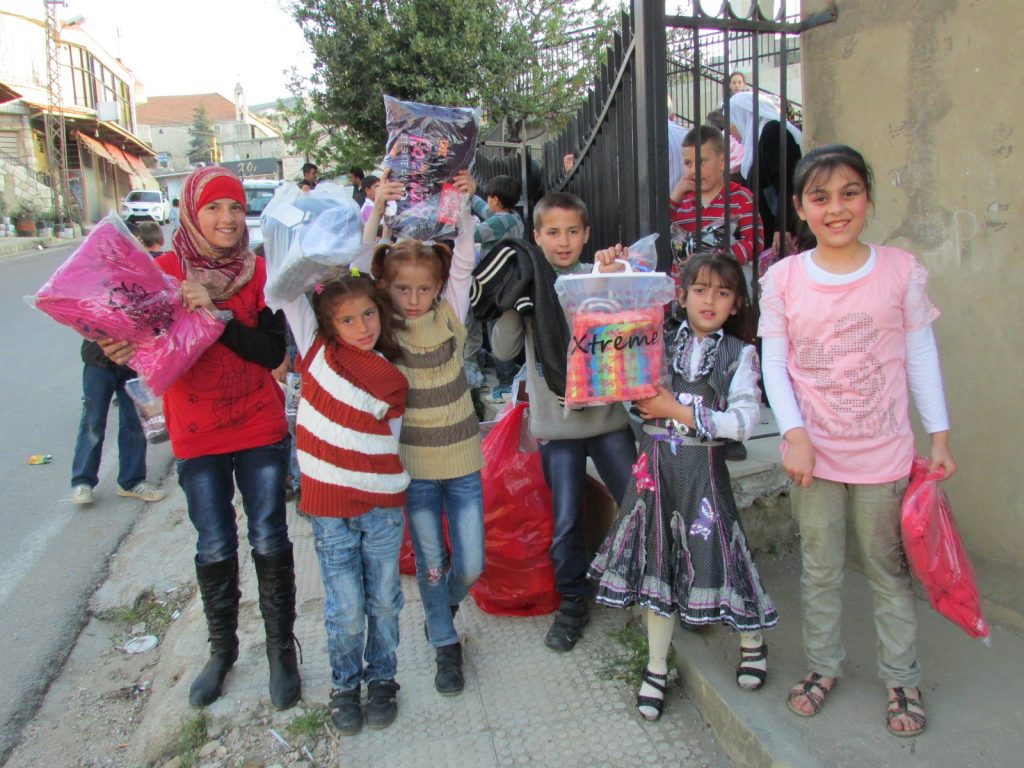 The event in Ain Zhalta was attended by over 60 Syrian children, and 20 parents. Though the church provides monthly food aid to 52 Syrian refugee families in the area, some of the attendees were first-time LSESD beneficiaries. The program was put on by Just for Kids, a Lebanese troupe that specializes in performances for children. It began with singing and games, followed by a brief skit, and birthday festivities for every child that had a birthday in the past month.  The stone hall rang with the laughter and voices of children, and there was much satisfaction over the juice and birthday cake.  After the show, the children gathered eagerly outside to receive their clothing.  “What did you like the most about the event today?” “Everything,” smiled 12 year-old *Ghousun.  It was wonderful to see smiles on the faces of children who have suffered so much. 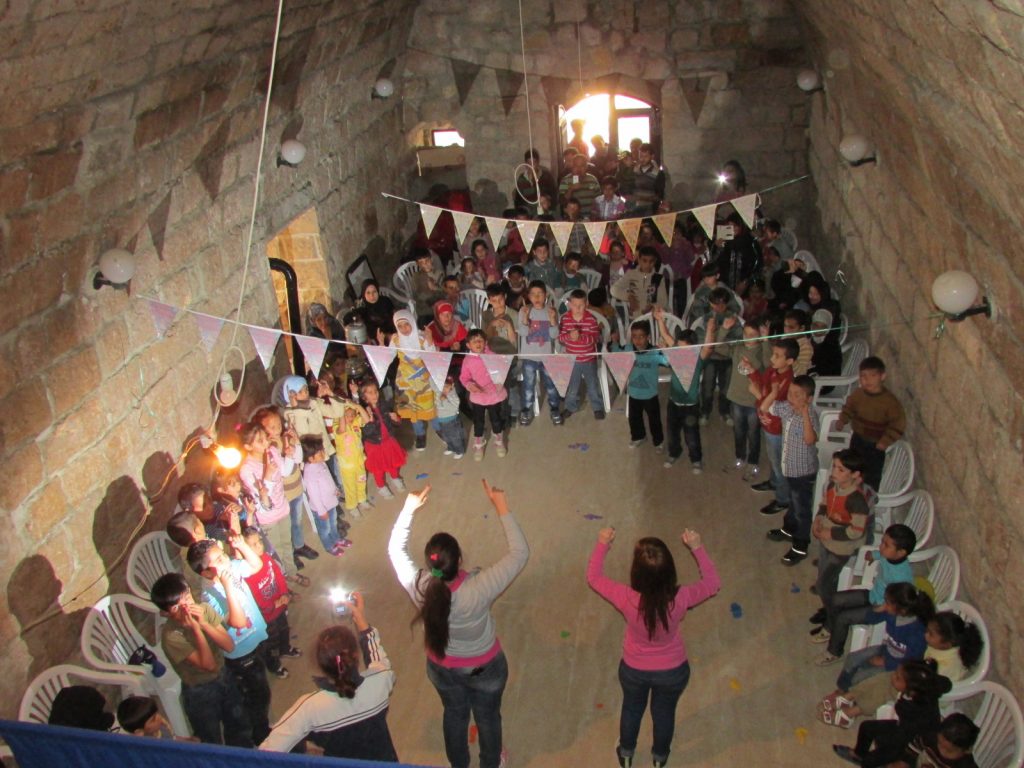 ← The Local Church: A Place of Compassion in the Syrian Crisis Restoring Childhood to Syria's "Lost Generation" →