An Unexpected Answer to Prayer 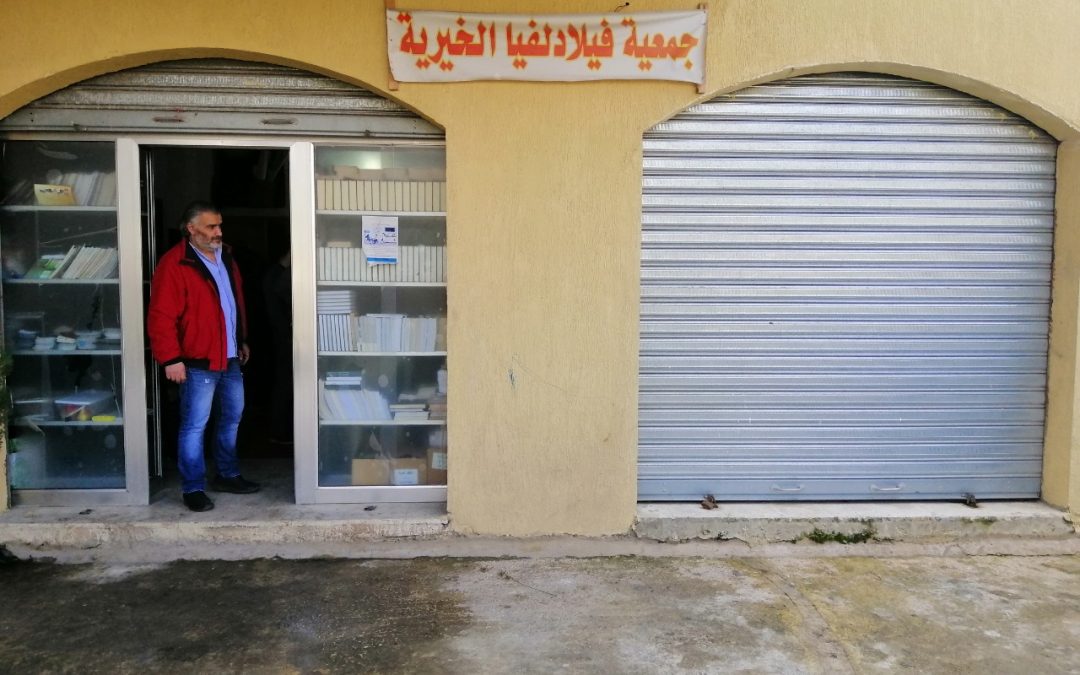 An Unexpected Answer to Prayer

Our Plan B Was God’s Plan A

Disappointed by the cancellation of the Baptist Children and Youth Ministry (BCYM) Children’s Camp that they had flown all the way across the Atlantic Ocean to help out at, the Canadian Baptist Ministries (CBM) team from Lorne Park Church was surprised to learn that their visit was nevertheless an unexpected answer to a struggling pastor’s prayer. Having had to cancel the children’s camp due to the spreading Coronavirus threat, BCYM quickly came up with a Plan B to bring the Canadian crew along to provide support to struggling local churches. It turned out that their Plan B was God’s Plan A. 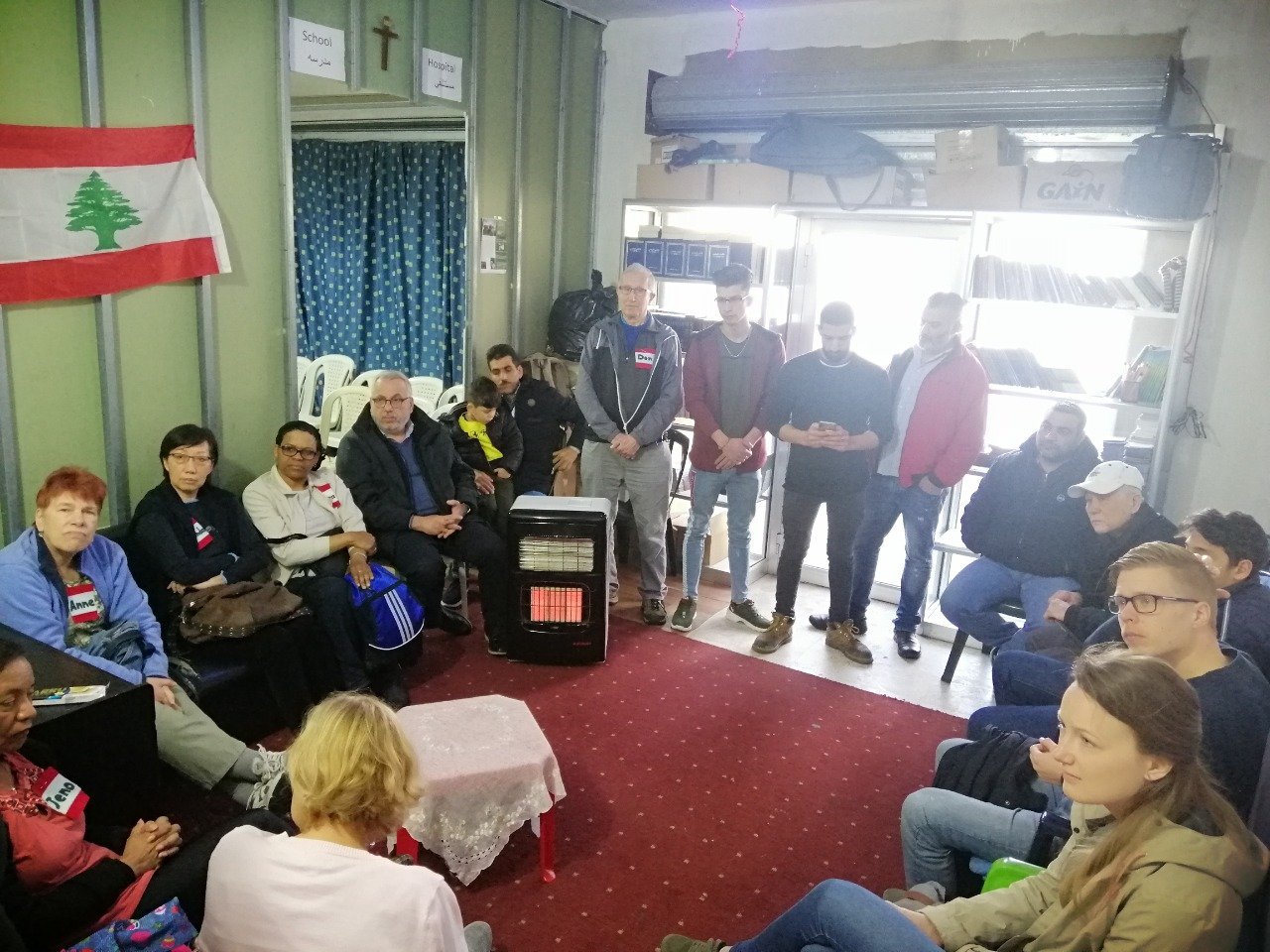 When the Canadian team pulled up to their destination in a predominantly non-Christian area in the Lebanese mountains they were surprised to see a garage instead of a church building. As they entered the building, they were taken aback by the miniature size of the room—packed together into a small space were the pastor’s office, the Sunday School room, and the gathering area equipped with nothing more than cheap plastic chairs. They were warmly greeted by a local church community from a non-Christian background. What the CBM team witnessed there was beyond what they had ever expected. While listening to the testimonies of the believers in this small church community, they realized that they had not come there by accident—God had brought them there for a purpose.

What the CBM and BCYM teams discovered was a downcast local pastor and a struggling church community. The church had already been badly hurting from the economic downturn, and, on top of that, they were experiencing persecution at the hands of the local community, who had threatened the pastor for sharing the gospel. Despite previous visits, no one on the BCYM team had known about the extent of the situation the church members were in. As they were a rural people subsiding primarily off of an agrarian lifestyle, they were among the population hardest hit by the current Lebanese economic crisis.

When the local pastor saw the food boxes that the teams had packed earlier that day and the caring faces of the visiting team members, he was moved and asked why BCYM had remembered their church when there were so many churches hurting at this time and his was so remote. He was especially surprised since he had never asked for help even though they had so desperately needed it. His cries to God from the previous week were all the more pressing as he was not only in material need but fighting a spiritual war as well. His isolation in the local community was wearing on him and he had begun to wonder whether he was completely alone. Seeing the BCYM and Canadian believers and receiving their prayers reminded him that they were not alone but rather part of a worldwide church family. Thanks to their visit he was encouraged to continue on in the work that God had entrusted him with in this area.

As for the visiting Canadian friends, they were surprised to see this fledgling church sprouting up from the ground and pioneering a way through uncharted territories when no one in the community had had any prior training. They were touched by the pastor and church’s faithfulness despite their lack of qualifications and also by the steadfast love of God, who had carried them thus far. The day was truly a testimony that what the enemy meant for evil, “God meant it for good” (Genesis 50:20) by using the mustard seed of faith of a disappointed foreign team to encourage a local church and strengthen its young pastor. 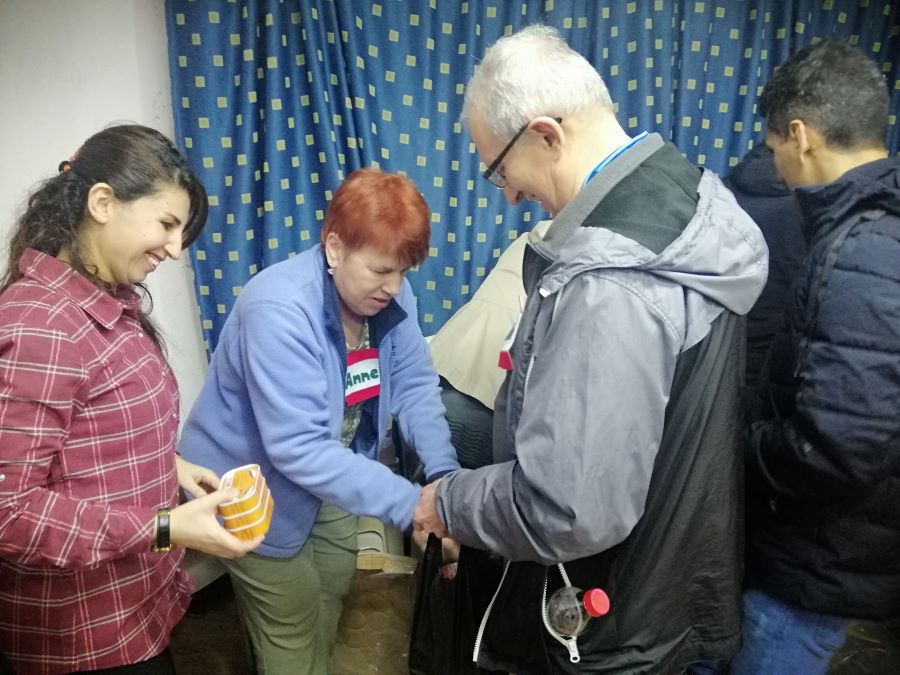 Imparting the strength to continue 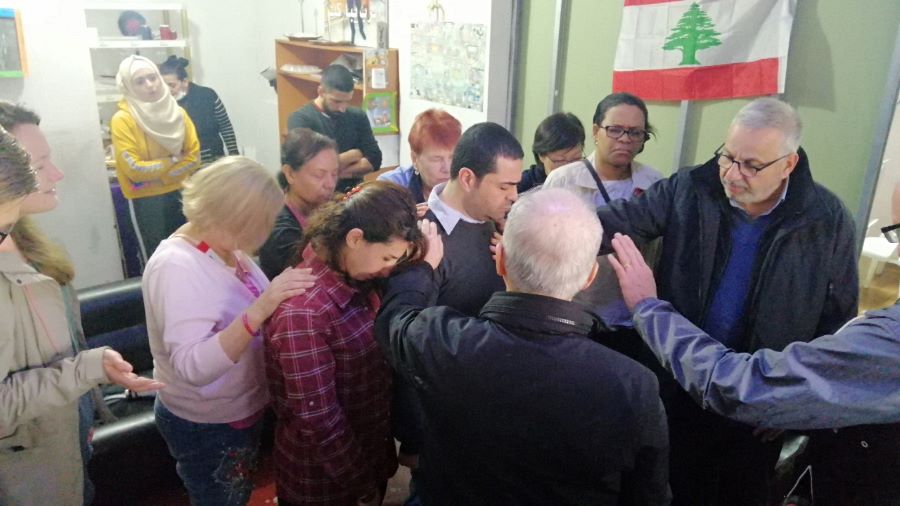