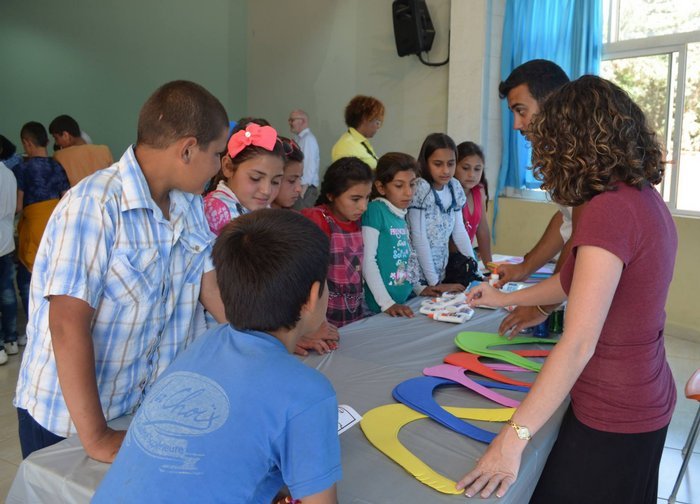 Having previously been to Lebanon in 2011, the ongoing situation with refugees flooding into the country over the past few years has always been on my mind.  I sought the Lord’s will on how I could help.  When the opportunity to lead an FBA team back to Lebanon was presented, I accepted the call knowing that was what God had in store for me.  I wanted an opportunity to let the refugee families know that they were not forgotten, that there are believers in the USA that know of their plight and are praying for them, that we come to offer them God’s love and encouragement and of course, our prayers.

The FBA team consisted of six individuals from varying walks of life, four of whom had not been to Lebanon before.  Each team member had unique spiritual gifts, which combined, made for the perfect team.  We left the United States on June 7 and arrived in Beirut on June 8.  After a ministry preparation day at LSESD, we spent an afternoon on June 10 at a social center (where FBA teams have helped out on previous visits) leading a group of kids in praise and worship songs, skits, and arts and crafts.

The next day FBA and BCYM packed all of the camp  supplies and headed to the Bekaa Valley for three days of camps for Syrian kids.  Each day we worked with approximately 70 children (a different group each day) from 10:00 am to 3:00 pm.  The day started with praise and worship songs, skits, and a devotional, followed by 90 minutes of games (jump rope, soccer, parachute etc), lunch, and then arts and crafts activities in the afternoon.  At the end of the day, the children left the camp with full bellies, arms full of their arts and craft projects, and smiles on their faces.   Afterwards, the FBA team was able to visit a few of the refugee families.

Some of the Syrian children we met had experiences too horrible to fathom.  I understand that one young girl had nearly been abducted by militants on several occasions, only to be saved by her mother who subsequently decided it was better to live as a refugee family rather than the alternative.  There may have been worse stories, we don’t know.  What we do know is that these children deserve better and BCYM goes a long way in restoring the joys of youth that has been missing for these refugee children.  What BCYM is doing is absolutely phenomenal.  The full-time staff and volunteers put their hearts and souls into their work.  They are making a permanent kingdom impact without fanfare and public accolades.  However, the Lord knows what they are doing and the fruits that are being produced as a result of their labor.

The children we met are innocents caught up in man’s wars.  It was the FBA team’s desire to work with BCYM to allow these precious refugee children to be normal children for at least a couple of hours – running, laughing, eating, singing, making arts and crafts etc.  We asked for nothing in return, other than the opportunity to show Christ’s love to them.  And by extension, helping these children be children again showed their parent’s and other family members that there are people who are following Christ’s example of love.  We had a team verse – 2 Corinthians 1:3-5 that really put our purpose into perspective: Blessed be the God and Father of our Lord Jesus Christ, the Father of mercies and God of all comfort, who comforts us in all of our afflictions so that we will be able to comfort those who are in any affliction with the comfort with which we ourselves are comforted by God.  For just as the sufferings of Christ are ours in abundance, so also our comfort is abundant through Christ (NASB).

Too many times we in the United States sit back and shake our heads about the tragedies occurring elsewhere in the world.  There is a yearning to help, but many do not know how to help.  FBA teaming with BCYM gave many people in the US an opportunity to do something.  We had literally hundreds of people who supported our FBA team through prayers and financial gifts to help make the BCYM camp a reality.  Now we can come back to them and explain how their support helped make a refugee child’s life a little bit better, and possibly, had a profound impact on them for the rest of their life – knowing that there are people out there who just want to help them, not harm them, and all in the name of Christ.