Building Leaders One Book at a Time 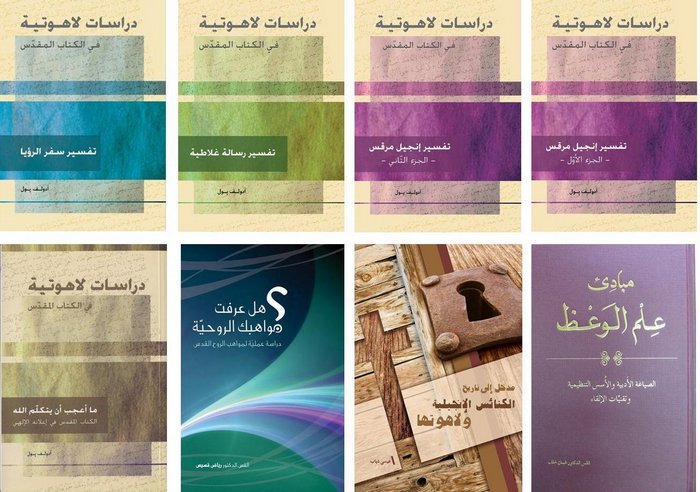 Over the past few years LSESD’s  Dar Manhal Al Hayat publishing house has partnered with Arab Baptist Theological Seminary (ABTS) to publish nearly 20 Arabic-language theological textbooks. Fifty years ago when ABTS was founded, students at the seminary studied from translated notes from their professors because they had no textbooks in Arabic. Now, thanks to these publications by DMAH and the contributions of other organizations, the ABTS library is rich with Arabic-language resources including both translated works and works written by local authors.  Before this project, there were often only one or two books in Arabic that could be used by students for research on any given topic.  The publication of these new resources is enabling students to engage with more complex theological questions, thereby contributing to the academic rigor of the ABTS program and leaving its graduates better equipped to lead the church.

Current students of the seminary have responded to the publication of these books with enthusiasm. Elie Haddad, the president of ABTS, said of the response: “When we give the students books that they can take home and keep, they are ecstatic—they feel that these books are something incredibly valuable.  And for us, every time we publish a book we are excited.”

Publications in this series, which can all be found at the GateWay Bookshop located at Sin el Fil, Horsh Tabet, Boulevard Charles Helou, Beirut, include:

Other books, currently in process, and anticipated to be released by the end of the year include:

Elie Haddad cited one particular recent publication that he believes has the potential to contribute substantially to the church in the MENA region: a translation of Kingdom Ethics by Glen Stassen and David Gushee.  Haddad points out that this text, which puts the ethics of Jesus Christ into the context of contemporary moral dilemmas, has a special relevance in the MENA region today because it presents a counter-cultural paradigm for thinking about someone who is supposed to be your enemy.  He says of the book, “This message is incredibly challenging and transformative.”

Our Theological Textbook project is ongoing publishing more works to challenge and transform the church in the midst of the turmoil in the region.