Cast Out by Society, Welcomed by Jesus 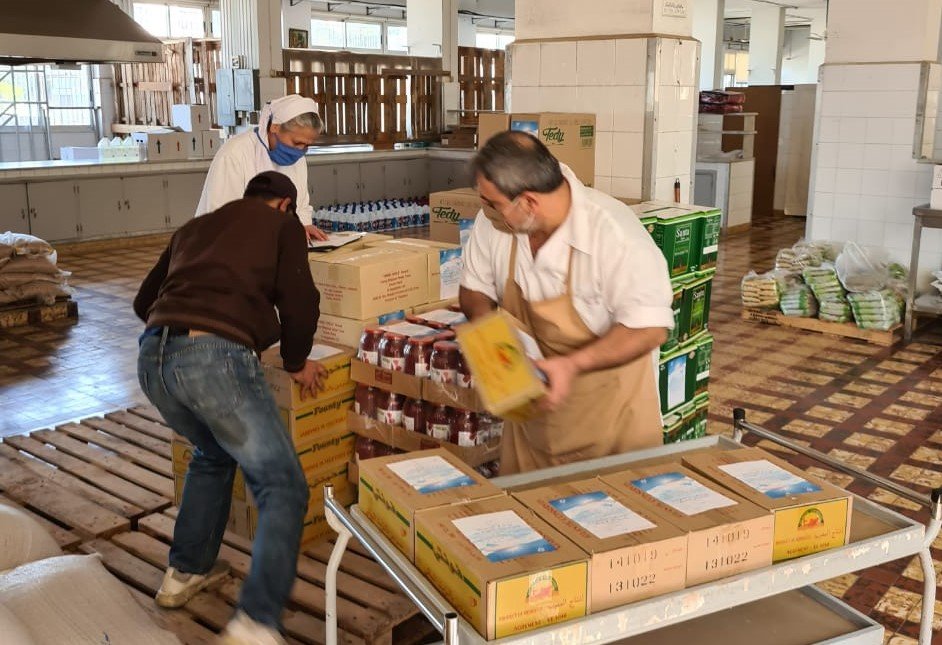 What do you do when everything you’ve ever trusted in has crumbled beneath your feet, and you have nothing left to rely on but the grace of God? Corrie Ten Boom is attributed with first saying, “You may never know that Jesus is all you need, until Jesus is all you have.” For Lebanon’s primary mental institution, the reality of this truth has become all too clear over this past year.

The Psychiatric Hospital of the Cross is Lebanon’s largest and most important mental institute, housing around 850 patients who wrestle with psychological disorders. It is one of several ministries founded by the Maronite Father Abouna Yacoub who had a heart for the vulnerable, mainly the mentally disabled and the elderly.

Up until now, the main source of revenue for the Psychiatric Hospital of the Cross and its sister ministries was a daily stipend of 40,000 Lebanese Lira per patient provided by the Ministry of Health. A short time ago worth $30, this small sum now only amounts to $4. Imagine trying to house and feed a person for a day, all while providing for their medical and pharmaceutical expenses as well as pay the staff. Mustahil! – as they’d say in Arabic – impossible! What’s more, the Ministry of Health was so behind on its regular payments this past year that the hospital only just recently received the amount due to it for the first quarter of 2020!

To make matters worse, due to the cultural stigma surrounding mental disorders, families of most of the inpatients frequently run for the hills once they have admitted them, leaving behind false addresses and phone numbers in the hopes of never being contacted again concerning their misfit relation. No help is to be expected from those who have willingly turned a blind eye to their mentally disabled kinsman.

Despite the denial of the inpatients’ existence by their family members, the brave sisters of the Cross who tend to them at the hospital, “see the image of Jesus in the people [they] serve,” according to the words of the founder. And how true it is—the image and likeness of God dwell in every child of man here on earth.

Knowing that their work is serving the will of God, the staff at the Psychiatric Hospital of the Cross do not waver in their faith, believing instead that, despite their dire circumstances, God will provide for all their needs. As Sister Jeanette Abou Abdallah, the director, exclaims, “We are dependent on divine support! It is only through divine support that we’ve made it so far! And we continue to put our trust in God.”

And truly, God has not abandoned them. Seeing their faith and hearing their cry for help, He sent out His servants to bring them aid, ever preferring to work His wonders through the humble hands of His beloved children. LSESD was one such community of believers who heard the hospital’s appeal for help and knew that God had put it in a position to be able to respond to the need at hand.

Rising to the occasion, LSESD provided boxes filled with nutritious things to eat, knowing that all the hospital still had to survive on were grains like rice and wheat along with lentils. These boxes were, in turn, distributed to all of the ministry’s centers in Lebanon and were received with great appreciation by the staff. They were amazed and deeply touched to hear that LSESD staff and partners around the world had been praying for them and their needs.

If you have a heart to pray for this ministry, please pray for: