Celebrating One Milestone with Another! 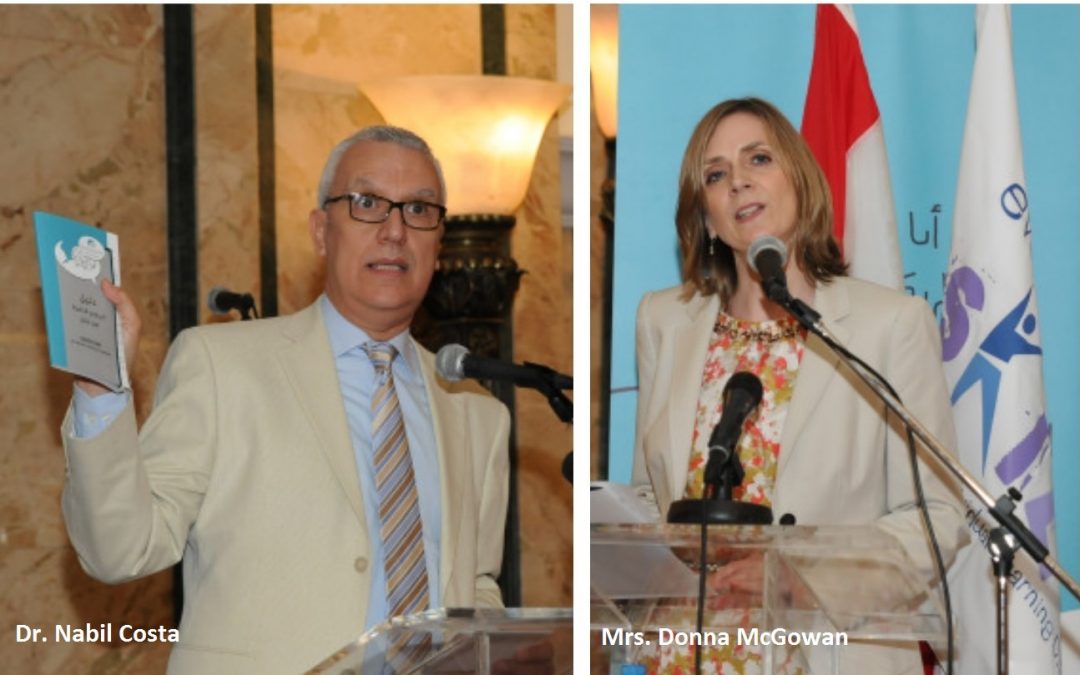 The Launching of a Directory of Inclusive Schools in Lebanon

The launching in 2013 of the National Day for Students with Learning Difficulties was a major milestone on a 1000 mile journey towards inclusive educational communities in Lebanon. This journey that started with a far-fetched dream is full of challenges, but not impossible.  On April 22nd, 2014, exactly one year later, the Lebanese Ministry of Education and its Center for Educational Research and Development, the British Council, and LSESD’s SKILD Center for Smart Kids with Individual Learning Differences celebrated the launching of a Directory of Inclusive Schools in Lebanon.

Over the past year, “We were able to spread a culture of inclusion, a culture of respect towards the other, and respect towards the other who is different and has learning difficulties,” said Dr. Nabil Costa, Coordinator of Lebanon’s National Day for Students with Learning Difficulties. “We succeeded in letting people know that children with learning difficulties have the right of education just like others.  The days are long gone when a parent would recieve a phone call from a school telling them that their child is not fit for education.”

The Directory, one of serveral fruits resulting from the Memorandum of Understanding signed in 2013 between the afore-mentioned four partners, introduces the concept of integration [physical, academic, social and partial], and some common myths and misconceptions around the teaching of learners with Special Education Needs. It includes 70 schools – private and public – from the various Lebanese governorates that now have inclusive programs. For each school it lists which types of special needs they are equipped to address, languages offered, the principal, and school contact information. There’s also a section listed for NGOs actively involved in this field of promoting and supporting special needs education in Lebanon. 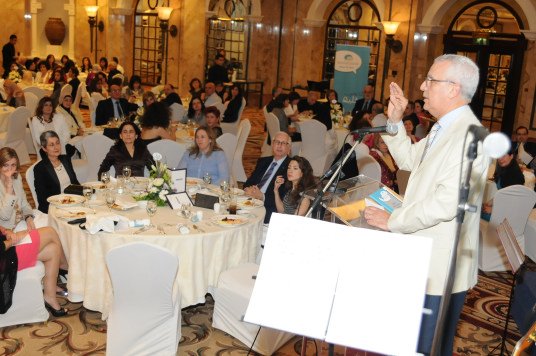 The launching event took place at a dinner gathering that brought together dignitaries including officials from the Ministry of Education including Director General Dr. Fady Yarak representing the Minister of Education and Dr. Layla Fayyad President of the Ministry’s Center for Educational Development and Research [CERD], MP Michel Moussa Head of the Parliamentary Human Rights Commission, and MP Ghassan Moukheiber, former Minister of Education Dr. Hassan Diab, and Ms. Donna McGowan, Country Director of British council Lebanon. Also present were SKILD’s partners Dr. Carolyn Bishop President of the Consortium for Global Education, and Dr. Tonya Crane, and leaders and representatives of inclusive education institutions in Lebanon. Jordan too.

During the event, Dr. Fady Yarak commended Dr. Nabil Costa and SKILD Center for their vision and exemplary efforts.  Dr. Fayyad spoke of the importance of inclusive educational communities, while Dr. Costa spoke of the necessity of having appropriate legislature in place that ensure inclusive public and private school.

Highlights of the evening included a very touching word by a special needs Beirut Baptist School student expressing appreciation for the steps taken to-date and reminding the audience that they have not yet attained all their rights. This was followed by a performances by an “inclusive” Beirut Baptist School choir and band that played both the Lebanese and the British national anthems, and a heartwarming song by students of Al Mabarrat school speaking of their rights and their potential.

Another highlight was the viewing of a short video prepared for the occasion and which includes statements by the four partner organizations, i.e. the Ministry of Education, CERD, the British Council and SKILD, as well as heads of educational institutions and principals of private schools in Lebanon (inclusive and non-inclusive). The message communicated by the various speakers emphasized the importance of having in place policies and legislature that protect every child’s right of education and safeguard them against discrimination and marginalization.  Some Speakers shared succcess stories that further confirm the value of integration.

Towards the end of the evening, copies of the Directory of Inclusive Schools in Lebanon were distributed. Others will be made available for distribution through educational institutions in Lebanon.

And the journey continues…