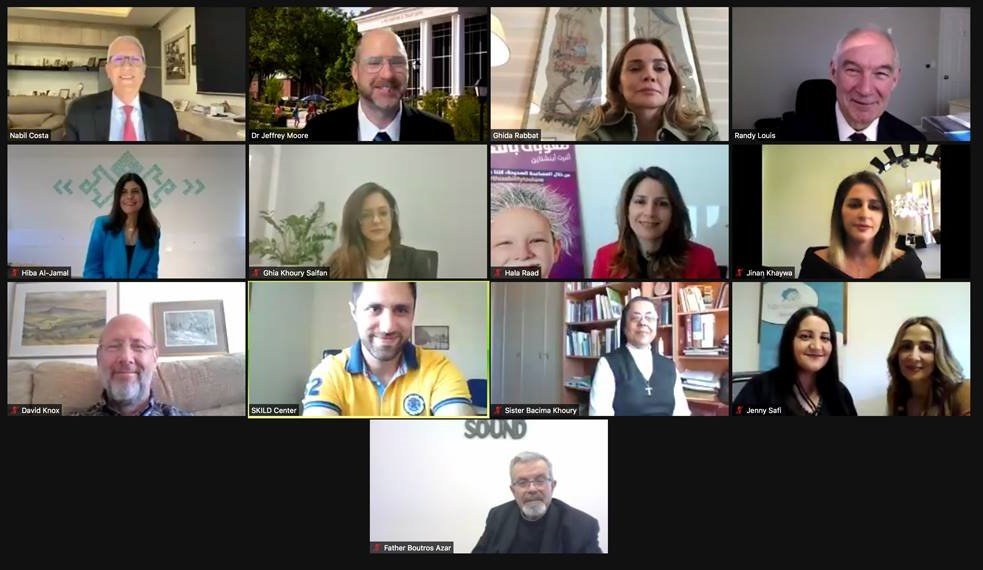 Ten years ago, an inclusive Lebanon was a dream for many parents of children whose special needs denied them access to educational opportunities, social experiences, and economic independence. Hiding children with special needs used to be the norm since taking them out of the house meant being shamed and ridiculed. As SKILD enters its tenth year of ministry, we are proud of parents who defied their community, took a stand against its shame and honor culture, and fought for their children to be recognized as an integral part of society.

The National Day for Students with Learning Difficulties celebrated its 9th year by saluting the selfless army of parents and acknowledging their hard work amidst the economic crisis that has been plaguing the country since November 2019 and the coronavirus pandemic that has kept children at home. To accommodate for the limited professional support, parents have had to take on the roles of the caregivers, educators, and therapists simultaneously while carrying on with their now remote jobs.

SKILD hosted a virtual conference for the second year to honor, equip, and empower parents through providing them with access to new resources such as the Wise Parenting book and the e-library for Building Capacities.

The conference also carried a message of hope for the future as Walgreens and Sephora shared about their inclusive companies and how having employees with special needs cultivated a culture of diversity on their premises. This was a encouragement for many parents who worry about their children’s future, and a wake-up call for many companies in Lebanon and the Middle East who can follow in Walgreen’s and Sephora’s footsteps.

The highlight of this year’s celebration was a documentary titled “Despite the Challenges … An Opportunity”, which highlighted the unique journeys of six families with their challenges and blessings. We were blessed with nationwide televised exposure through one of the leading television stations in Lebanon (LBCI), who not only aired the documentary but also hosted our CEO, Dr. Nabil Costa, in their morning talk show and interviewed him for the primetime evening news. According to figures compiled by LBCI, almost 3 million individuals throughout the Arab world viewed the documentary.

We were blessed to receive feedback from many parents about how empowered they feel when they can brag about their children with special needs instead of being ashamed. They finally feel like someone is listening to them, understands them and is ready to fight for the inclusion of their children.

To learn more about the National Day 2021, watch: