Child’s Rights: A Reality or Thoughts on Paper for Syrian Refugees? 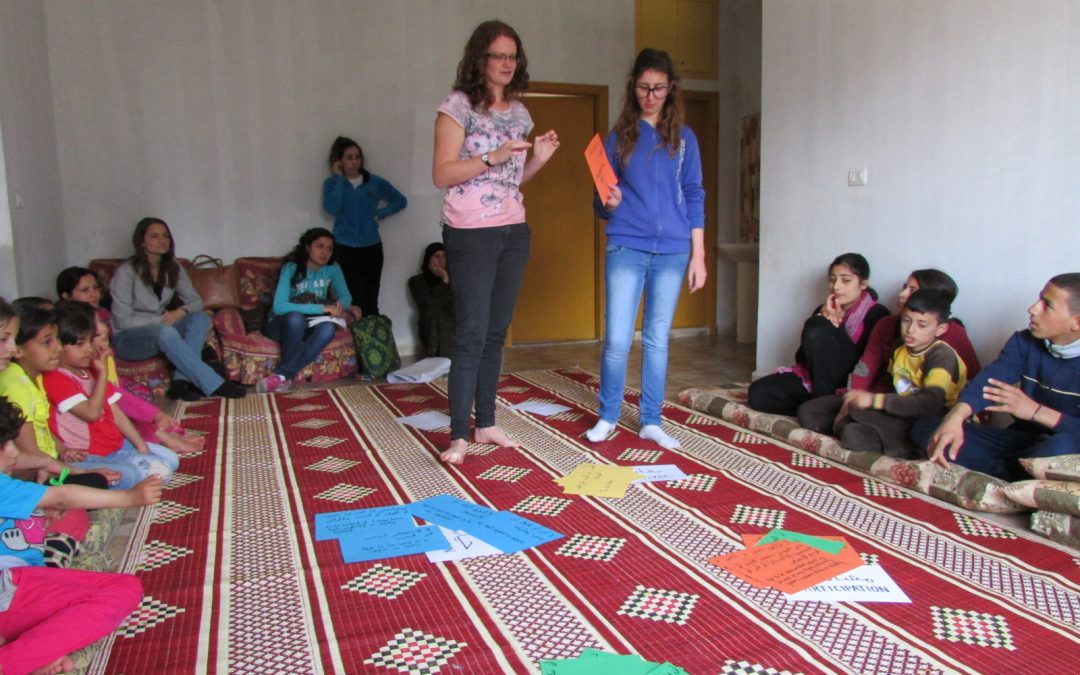 When the UN announced the “devastating milestone” of Syrian refugees in Lebanon officially surpassing 1 million on April 3rd, it also confirmed that half of the refugee population are children.[1] United Nations High Commissioner for Refugees, Antonio Guterres, further stated that, “The number of school-aged children is now over 400,000, eclipsing the number of Lebanese children in public schools.”[2]  The presence of so many vulnerable children has presented an incredible challenge both to the Lebanese government, and to humanitarian agencies operating on the ground.

In order to better address this issue, Child Protection Specialist, Kezia M’Clelland, was secunded to LSESD in February in partnership with Viva and Food for the Hungry.  Since that time she has been conducting research on the general situation of Syrian refugee children residing in Lebanon, as well as examining the specific systems that LSESD and its partners have in place.  The goal of her interim is to raise awareness for the unique plight of Syrian refugee children, to guide LSESD in developing a more robust child protection policy, and to pave the way for future child-oriented initiatives. 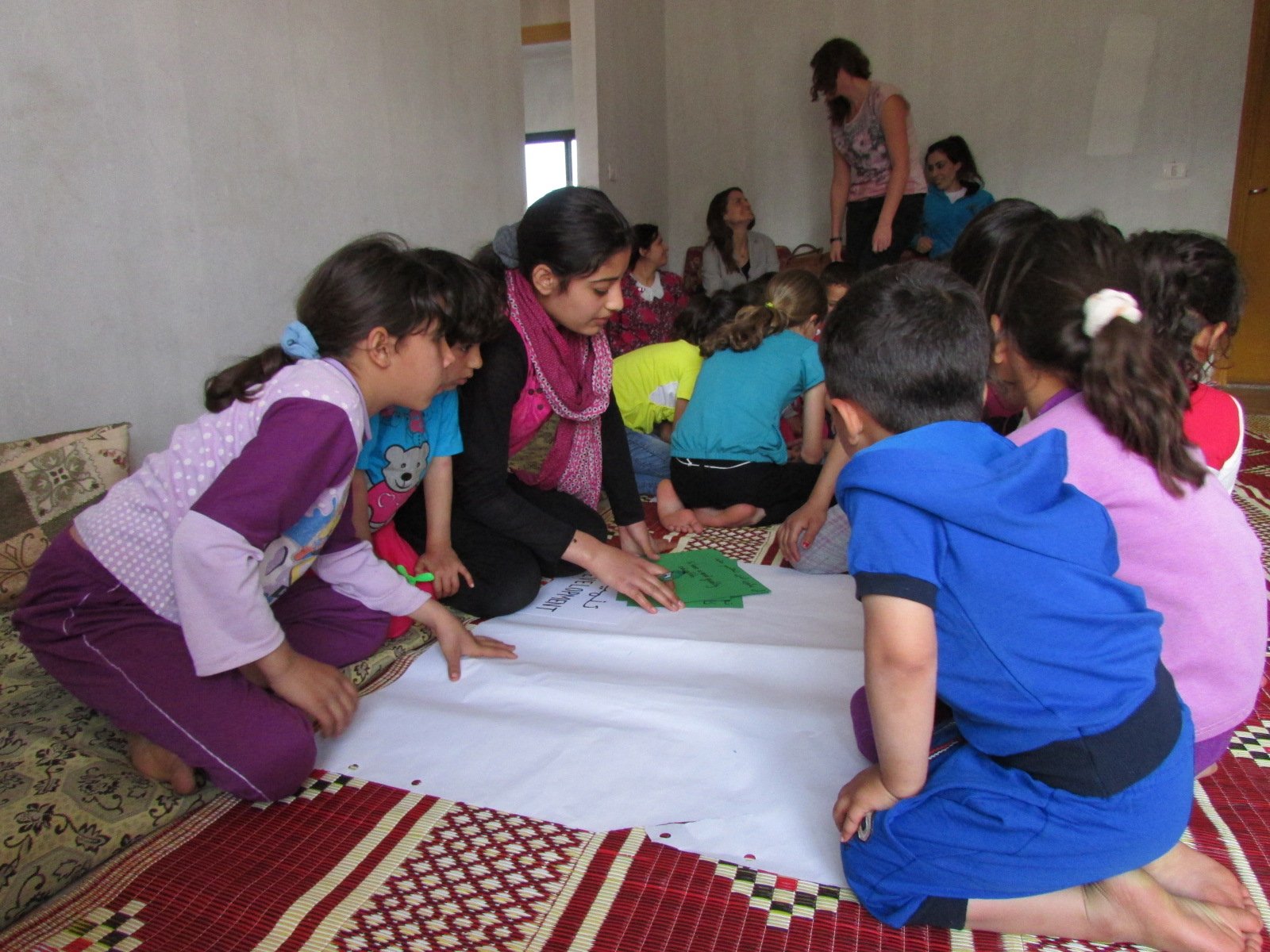 On April 11, Kezia, along with other members of LSESD’s Relief and Development team, made a visit to Tripoli to present an activity on the Rights of the Child to Syrian children residing in the area.[3] The children’s activity was held in coordination with LSESD’s community partner operating in Tripoli and its surrounding area. This group began distributing food aid to Syrian refugees in the North exactly a year ago, and has partnered with LSESD in winterization projects as well.  Though the civil unrest in Tripoli has been an obstacle at times, the team has continued to operate fearlessly on the ground in reaching out to vulnerable Syrian families.  “Ten days ago this area was a war zone,” relays the community partner director as we drive through a roundabout situated in Bab al-Tabbaneh, “You can see all of the [shelling] on the buildings.” The heart of the recent conflict in Tripoli has been fighting between the neighborhoods of Bab al-Tabbaneh and Jabal Mohsen. The tension dates back to the Lebanese Civil War, but has since been exacerbated by the conflict in Syria. The Lebanese Army stepped in to restore order in the city earlier this month, and so far it seems that their attempts have been successful- the streets are crowded, markets have reopened, and cars line the highway that less than two weeks ago was riddled with snipers.[4] 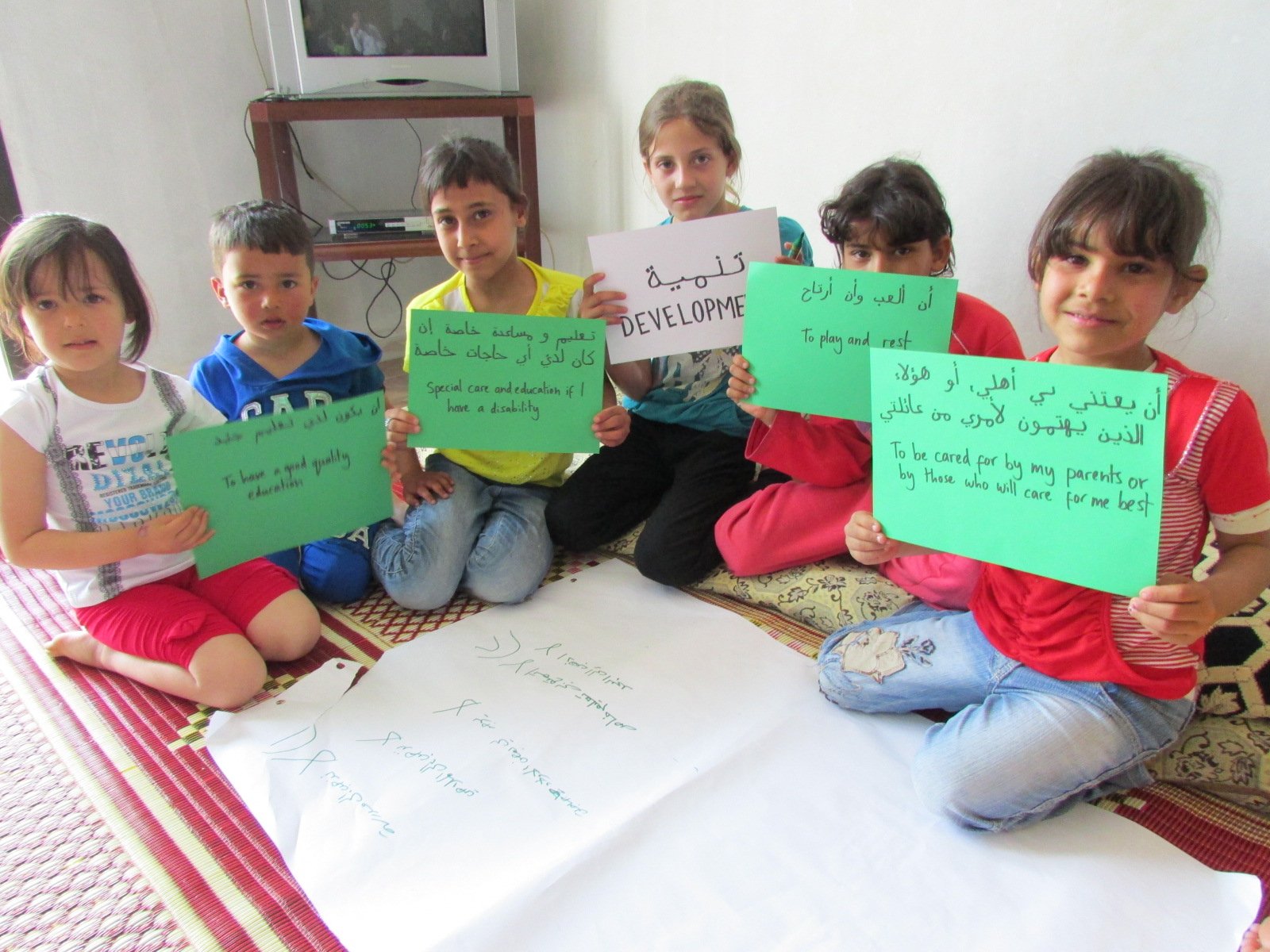 Due to the frequent outbreaks of violence within the city, LSESD’s community partner holds its distributions outside of the city in the more serene Northern countryside.  In addition to its relief work, the team has two youth workers who hold 12-15 kid’s groups a week for the Syrian children. Typically the activities include 20-30 children all living in the same building, and take place in one of the families’ apartments.  As we pull up to one such building, young boys and girls are already gathered outside in anticipation and run up to the car with waving hands and shouts of laughter. This particular run-down residence houses 25 Syrian children ages 5-14, all of them from the same neighborhood in Homs, many of them relatives.  As Kezia begins the activity on the Rights of the Child, the level of awareness that these children demonstrate is striking. Before Kezia even has time to ask, hands are raised with examples of rights that all children are entitled to- “We have the right to go to school,” answers one little boy.  “The right to eat,” says another.  “The right to be safe,” responds a third.  During the activity, the children draft lists of what rights are not currently being met under each of the main categories (Survival, Development, Protection, and Participation), and then vote on which they feel are the most urgent.  Even the five year-olds readily participate.  At the end of the activity, the children linger, eager to talk more.  “This is my only pair of clothes,” shares one girl, “Every day I shower and put on the same clothing. With my friend it’s the same.” 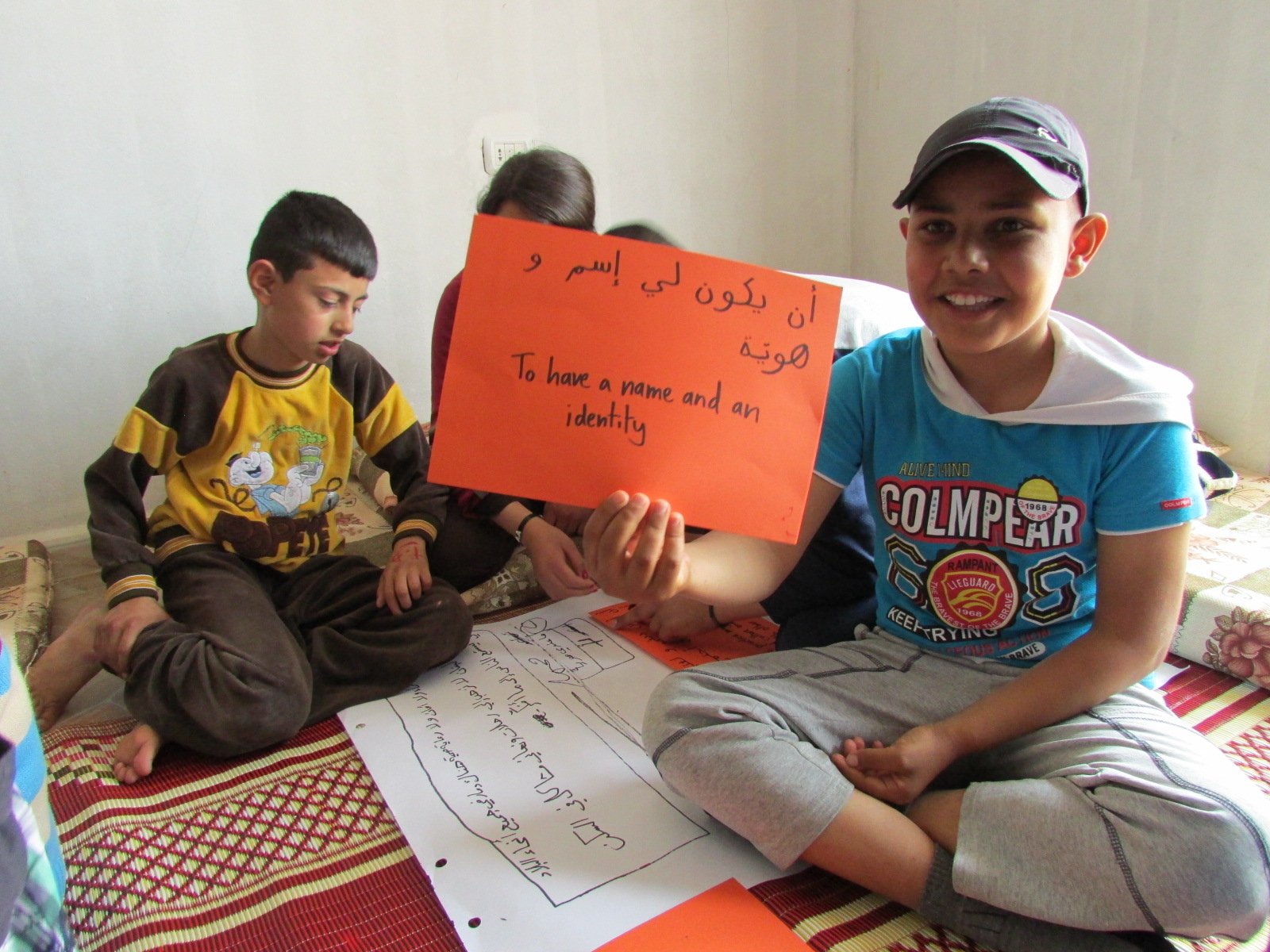 It is hoped that the information from this activity may be used to establish a Child Friendly Space outside of Tripoli.  The eager participation of the children and the urgency of their needs further demonstrates the vast importance of such interventions. These Syrian children know their rights- the question is, how will we help to ensure that these rights become a reality and not merely thoughts on paper?

[3] http://www.unicef.org.uk/UNICEFs-Work/Our-mission/UN-Convention/. The UN Convention on the Rights of the Child was ratified by Lebanon on May 14 1991.  https://treaties.un.org/pages/viewdetails.aspx?src=treaty&mtdsg_no=iv-11&chapter=4&lang=en