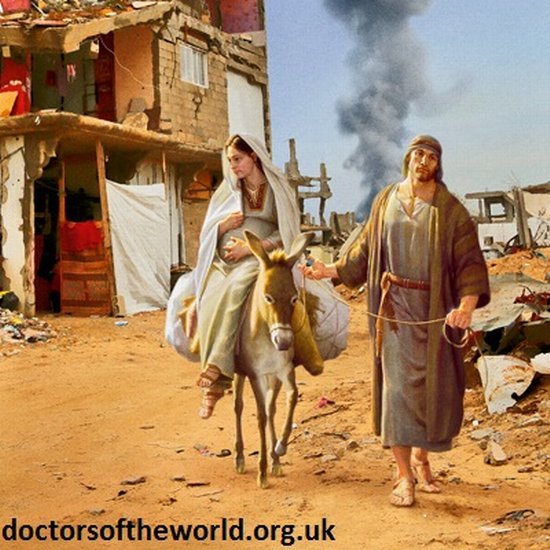 A visiting partner recently made the comment that scriptures come to life in a different way in Lebanon. Such a statement can be understood to refer to the influence of the context, the Middle East being the region where Jesus was born and lived.  However, the comment had more to do with what our friend has seen and heard while with us, and with what we are witnessing God do in our midst in this day and time.

Indeed, the names, words, and faces of people we know run through our minds as we read scripture today. For instance, when I read in Luke 9:62 about putting one’s hand on the plough and not turning back, the words of a Syrian partner from Aleppo come to mind and his decision to stand by his people and serve them in their darkest  moments: “There is no going back. May God help us continue the work that He has started within us and through us.”

Also, Matthew 25:35-40 has a different ring to it as it is demonstrated in the lives of our people and churches as we together respond to the needs of vulnerable women and children miles away from home. Jesus’ call to Simon and his brother Andrew in Mark 1:16 to follow Him, brings to mind the face of our LSESD colleague who, together with her husband, responded to God’s call to serve Him in Syria at a time when others are seeking an opportunity to leave, and understandably so.

The war in Syria is way into its sixth year, and providing physical, emotional and spiritual support for traumatized families has worn out our Syrian and Lebanese partners. Many have reached a stage of burnout, and are themselves in need of healing and rest. The reason we persevere, said one of them, is that “people have come to trust  the Church and the God we follow, because the Church has not failed them.”

“If the church is not exceptional during exceptional times, then we have a problem,” shared a partner from Aleppo this morning. “We cannot expect to solve all the problems, but what is important is that we do something.”

Indeed so! The number of people affected by the Syria crisis is incredible.  The people are in desperate need of unconditional love. A ray of hope! Basic needs too. And as LSESD we are committed to continue, through MERATH, to support vulnerable families affected by the Syria crisis as a reflection of God’s love for them. The families and children we meet, and the stories we hear further emphasize the importance of standing by them in a practical way.

A few days ago, we all were deeply grieved by the terrorist attack on the Coptic Cathedral in Cairo. Sadly, this was not the first such attack in Egypt, though we hope it will be the last. Listening to the reactions, I was moved by the words of the Coptic priest, Father Makary Younan, as he exhorted angry Christian demonstrators not  to  lift  up  threatening  arms  seeking revenge – which he described as an “imported” reaction. Instead he called on Christians all over to lift up their arms in prayer “not because prayer is  for the weak”, but because prayer avails much.  For it is only Jesus who “will take  revenge.”   These are the words of Jesus, yes?

The year 2016 will be remembered for witnessing historical change-related events and incidents such as Brexit, the election of Donald Trump, the consequences of the battle of Aleppo. The attack on the Coptic Cathedral. Impact of terrorist attacks in Europe on the host countries’ position on refugees. More change is anticipated too with the upcoming French elections.

We’ve had our share of change in Lebanon. For after over two years of political deadlock, we now have a president, General Michel Aoun. In the coming few days, we anticipate having a new cabinet, and with it more change, and hopefully more stability. So, we continue to pray! Because prayer avails much!

Dear friends, as we prepare to celebrate the birth of our Lord and Savior Jesus Christ, we rejoice in all that our Lord is making possible through His increasingly exceptional church, during such exceptional times as these.

We are also grateful for you and your part in the process.  Thanking God for you.

LSESD Ministries and team, my family and I wish you the blessings of hope, joy, love, and peace that are found in Christ Jesus.