Churches in Syria Rise to the Occasion 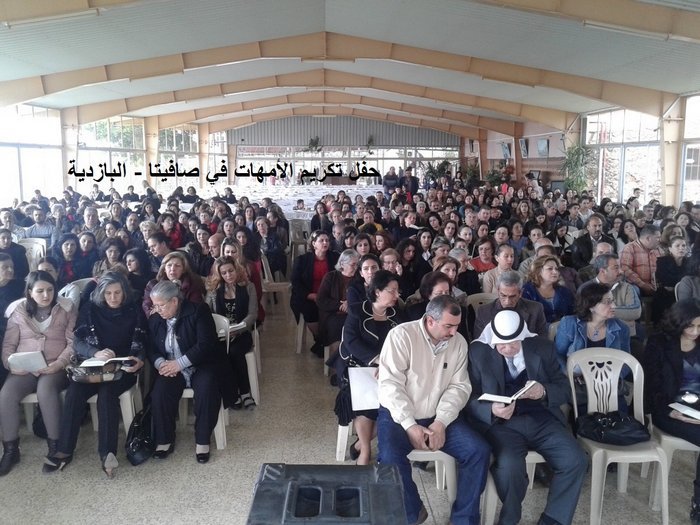 “We did not run away from our responsibilities but prayed that God would provide.”

– Pastor of a partner church in Syria

Seeing the need around him, the pastor of a Church in Syria was overwhelmed. It was March 2012, and his church in north east Syria had been doing all it could to help families fleeing the conflict in the country. They had been providing food aid and other assistance to these desperate people but now there were 500 families wanting help and the church didn’t have anything else to give. “We didn’t have the capacity,” he says. “I felt under pressure and I was in pain that I couldn’t help these families who were in such need.”

It frustrated him. Pastoral ministry comes naturally to him and he wanted to help. Matthew 9:36 epitomises how he felt about the Syrians asking for his help: ‘When he saw the crowds, he had compassion on them, because they were harassed and helpless, like sheep without a shepherd.’

So what did he do? He called a church prayer meeting and they prayed. “We did not run away from our responsibilities but prayed that God would provide,” he says.

After that prayer meeting, the burdened pastor spoke to an old friend who in turn shared the situation with LSESD.  And in no time, the pastor’s prayers were answered when an LSESD proposal for the support of 500 families was approved.

The needs in his town increased. Around 100 additional families each month were requesting help. When it reached a total of 900 families asking the church for food aid, the pastor and his church prayed again and once more LSESD was able to help. The numbers then shot up to 1,600 families and today the church is helping over 3,000 families.

Our partner, both pastor and church, are not just providing food aid. They regularly go to the tents of new arrivals to see what their needs are and to try to respond to them. If a husband is sick, they will bring medicine. If they don’t have electricity or light, they will provide the family with an alternative.

The church has set up an employment programme to help families back into work and have managed to get eight people jobs so far. They have a special heart for the children affected by the conflict. They hold monthly events where the kids can watch a puppet show, play games and sing children’s worship songs. Teachers connected to the church are also going into the camps to give lessons to some of the children.

LSESD’s partner church is also trying to respond to the psychological and spiritual needs of the families around them. Many are scarred by what they have seen in the war and have been injured. Some have lost limbs and others have lost family and friends. The church has plans to start a centre, a home of peace for women and children who have been traumatised and abused in the midst of the war – to have a place where they can come and be healed and return to society strengthened.

One day the conflict will end and these families will be able to rebuild their lives once more. But the pastor fears that day is still quite a way off. “To be honest, this crisis is prolonged,” he says. “The whole world is fighting in Syria right now. And of course, so many people have been killed and people have lost loved ones and that always creates hatred and hardens people’s hearts. This also feeds the flame of the war.”

So for now, hundreds of Syrian families are dependent on our partner church for help and many more will come to them for assistance in 2015.  With the help of our partners, LSESD will continue to support the vital work they are doing, so no one goes hungry.