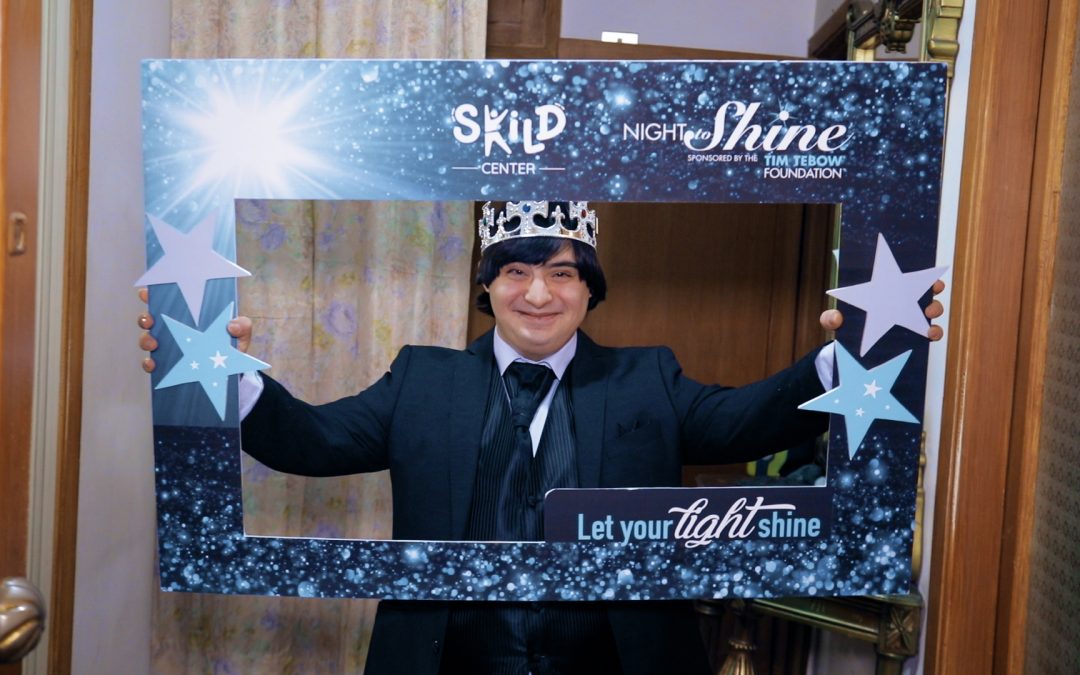 Eyes still shining and hearts still warm, this year’s door-to-door Night to Shine had it all! With humbleness and gratitude, 15 SKILD volunteers prepared special parcels and visited 63 kings and queens with special needs and their families who welcomed them with big smiles as they shared the joy of having their children recognized for their potential.

This year’s royal treatment comes after a long period of challenges for individuals with special needs in Lebanon as they suffer the consequences of lockdowns, economic challenges, and a lack of state assistance, which, all combined, have forced their institutions to close and left them homebound with no other means of support. This has not only taken a toll on the progress of each of their special cases, but also means that they have become isolated from their social circles, thus greatly hindering their motivation to reach their fullest potential.

Following a long period of isolation from their friends and family, these special individuals were visited by members of the SKILD team who prepared boxes filled with treats, a bag, a mask, and other essentials for their confinement at home. While the country was still on lockdown, volunteers requested special permission from the government to go out and deliver the boxes to specific regions. When the SKILD volunteers knocked on the doors of these special stars, they were eagerly welcomed by young men and women dressed like royalty who couldn’t wait to show them the dance moves that they had learned with Demi Tebow.

Though parents apologized in anticipation of their children’s timidness and withdrawal, these kings and queens demonstrated the opposite by cheerfully taking their gifts and showering the SKILD volunteers with displays of affection.

Their joy reflected in simple acts of kindness in their humble homes reminded SKILD that royalty is not determined by crowns, appearances, abilities, or even intellect, but is rather demonstrated through beautiful souls and hearts of service–a true example reminding us of Jesus, the lowly king, who entered Jerusalem on a donkey. “See, your king comes to you, righteous and victorious, lowly and riding on a donkey, on a colt, the foal of a donkey.” – Zechariah 9:9.

Follow SKILD as they go door to door, crowning the kings and queens!