Finding Meaning in the Midst of Suffering 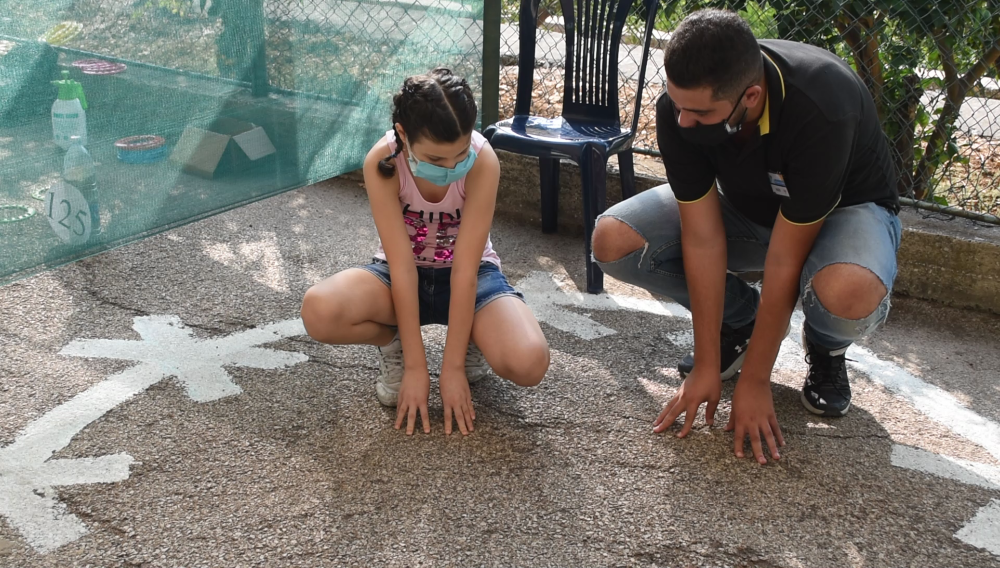 Engulfed by the world of unemployment, stress, and stillness, Walid found renewed hope in helping children overcome their trauma induced by the Beirut blast two months ago. Like many Lebanese youth his age, Walid graduated from university aspiring to be a journalist. However, the country’s deepening economic crisis robbed him of his dream of being employed by one of many news stations in Beirut.

Ashamed of the extra burden he was adding on his father, Walid moved to the family’s village house to live on his own, hoping that this step would grant him a glimpse of the independence and self-sufficiency he hoped for. Hours of freelance work in different fields did not satisfy Walid, but it was enough for him to survive on his own.

This was Walid’s life until he decided to visit his parents in Beirut on August 4th. Suddenly, the rubble falling on him was not the same as that of the social and economic crises. This time, he was clearing the debris of his own home off of himself to help his injured mother. “Carrying my mother to the hospital and running through the wreckage was the hardest thing I had to do in my life.”

The trauma did not end for Walid when he saw his childhood home and car destroyed. It intensified as he helped other people who had been injured and lost their homes. “In my 21 years, I have never seen such sights,” explains Walid who has been trying to control his stress after the blast and hide it from his community.

“I was excited when SKILD asked me to volunteer on the playground with children.” Helping children who came to destress and express through play helped Walid, too, as he took time to reflect and have fun with them. “The children got me out of my state of stress. I finally found a purpose.”

Last month, the SKILD Center set up a trauma program with different booths and activities for children affected by the blast on the LSESD field in order to help them express their fears through art and play. With the supervision of therapists, children communicated the negative images stuck in their memories and, slowly, let them go to start a fresh school year.

The event also helped youth volunteers, like Walid, who were given an anxiety test and consulted with the counselor on their results and how to best move forward. They were able to use their energy to support the younger generation in processing their distress and thereby find meaning in the midst of the suffering.