From Surgery to Search and Rescue: One Woman’s Nightmarish Tale of Surviving the Explosion 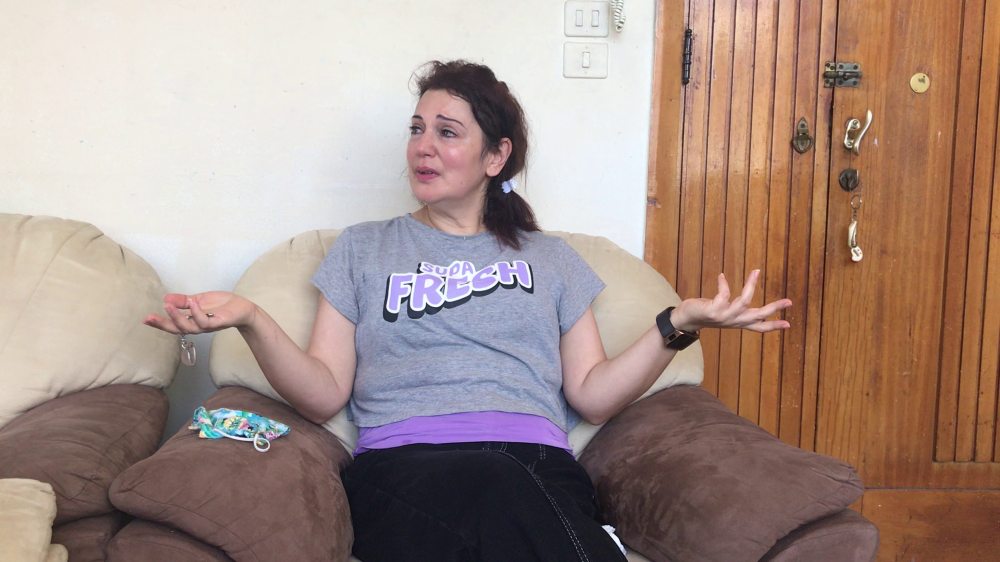 As Wilma Saloum lay recovering in a hospital bed from her surgery that morning, she believed that the most challenging part of her day was already behind her. Little did she know that a massive shockwave would soon come ripping through her room, badly injuring her friend and sending her on a wild race through Beirut to find the nearest unscathed hospital where she could receive the urgent care he needed.

In the minutes leading up to the explosion of 2,750 tons of ammonium nitrate at the Beirut port, Wilma had been chatting with a friend who had come to visit when suddenly a deafening sound reverberated through the atmosphere and a massive shock threw her friend across the room. Once the dust had settled, she opened her eyes to see that the room had been transformed into a mangled mass of glass and rubble. She frantically began yelling for her friend, George, who was no longer in sight.

Still in pain from surgery, connected to the IV, and wearing nothing but her hospital gown, Wilma struggled out of bed to search for George. She found him lying on the floor covered in rubble, bleeding, and unable to move. Although she did not yet know to what extent, it was obvious that he was severely injured, and when he tried to talk his voice was hardly audible. “I tried to help him, but I couldn’t. I couldn’t move my arms and I was in pain” she recalls. Wilma cried out for help but no one came. Eventually, a nurse on that floor came into the room and told them there was no one to help because the whole hospital had been damaged.

Amidst the chaos two strangers entered the room and came to George’s rescue, removing him from the rubble and carrying him down the fire exit. It was not until after Wilma and George stood on the street that she realized the extent of destruction: “It was devastating. I cannot imagine it. I felt like it was a nightmare…Everybody was on the ground all covered in blood. Everybody was crying and there was no help because the hospital had been completely damaged.”

They tried to seek medical attention once the Red Cross came on the scene, but the staff were stretched beyond capacity and were unable to help. Yet George kept getting worse; by this time he was bleeding from his nose, throwing up blood, and his pain was worsening. Desperate, Wilma kept yelling for help. Finally, a stranger helped her flag down a car and load George onto the back seat, where Wilma recalls at least five people being piled with a dead body lying in the back.

They spent the next few hours navigating roadblocks, visiting hospital after hospital trying to find anyone who would treat George. At each hospital they glimpsed the devastating toll of casualties, and each time they were given the same response: ‘This hospital is too damaged’ or ‘There is no room for him here.’ Eventually the driver said he would be unable to go any further, leaving them at a hospital whose ICU unit was already full. “I felt completely helpless. I couldn’t do anything. And I was really scared,” Wilma recalls.

During the explosion, Wilma had lost her phone under the hospital rubble. “Luckily I found another phone in his pocket and he was still awake when I told him to put the password in for me,” she said. She was able to call his nephew who rushed to the hospital on his motorcycle—the only type of vehicle able to navigate the destruction and blocked roads. Once he arrived, they loaded George onto the front of the motorcycle so that his nephew could hold on to him as they sped off to another hospital to seek help.

Around three in the morning George’s family finally found a hospital that would take him. He was admitted into the ICU where they discovered he had a fractured skull, broken nose and broken elbow. Several weeks and two surgeries later, George remains in ICU care.

Across town, Wilma’s two children, 19 and 22, were at home when the explosion occurred. After the first blast they ran from the living room into the corridor, saving themselves from the glass shattered by the shockwave of the second explosion. However, they did not escape uninjured: a wooden door flew open and hit Wilma’s daughter in the face, dislocating her jaw and leaving its mark in the form of a black eye.

Shoeless, her children ran downstairs to the neighbors. They tried calling Wilma but to no avail—the phone lines were down and Wilma’s cell phone lost. For hours they sat in uncertainty waiting for their mother to call.

When Wilma was finally able to contact her children, who were now safely with their aunt, they cautioned her: do not come home. Their apartment, which had been Wilma’s home since birth, was severely damaged by the blast and her children feared the emotional impact seeing it might have on their mother.

When asked about the future, Wilma exclaimed, “We are worried about what’s going to happen next. We feel lost…We have nothing left; I don’t know where to go or what to do.” With an uninhabitable home and damaged car, she worries about the instability the next few months will hold.

As a teacher, she fears the rapidly approaching start of the schoolyear since she has not been able to prepare anything and worries that she might lose her job if she is not ready in time. Wilma is also concerned for her children, both of whom are studying at university. If classes begin online because of COVID, their lack of access to a reliable internet connection will render it difficult to keep up with schoolwork. Additionally, the experience is producing lasting emotional and psychological effects. “The kids are traumatized, especially my daughter who is suffering up to this very day. She wakes up during the night, she cries and cries and tells me ‘I’m scared, what are we going to do? I don’t want to stay here. Please take me away from here.’”

With the compounded stress of insecure housing, the financial cost of fixing her home, and psychological trauma, it is very difficult for Wilma to envision what will happen next.

When asked if she had any hope for the future, she gave a long pause: “Yes, the church.” Wilma described the way that the local church, the Church of God, had reached out to offer her help almost immediately. She also expressed gratitude toward LSESD who will be providing much-needed assistance with restoring the apartment she has called ‘home’ her entire life. There is a long road ahead, but Wilma—like so many others—is grateful that she won’t be walking it alone.

To support Wilma, and others like her, you can bolster our relief efforts by donating to our Help Beirut Initiative.