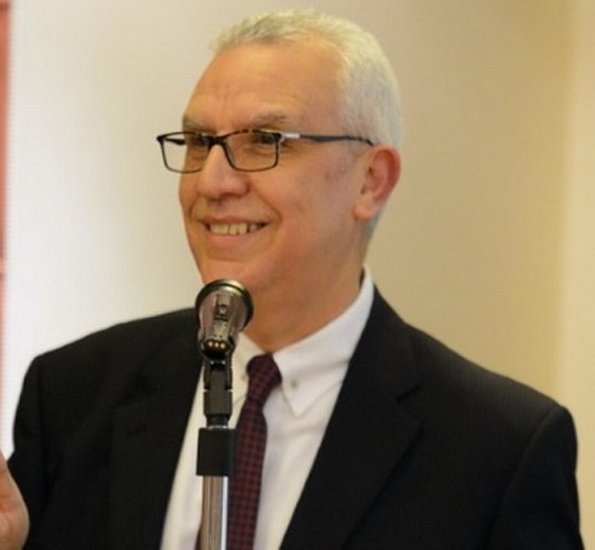 I am sure that when historians look back on 2015 it will be remembered as the year the impact of the war in Syria was finally felt in Europe. There have been refugees trying to cross the Mediterranean for a while, but never in such huge numbers. Europeans are now starting to meet the hundreds of thousands of victims of horrific conflict in Syria and Iraq on their terrain. The worst humanitarian crisis since the Second World War has a human face and it is either in your country or heading towards it. Refugees are in the midst of Europe.

That is scary. I can understand the fear that many in Europe have of not being able to cope with the influx of refugees you are receiving. Will they change your way of life, will they change your culture, take your homes, your jobs or your benefits? What if some refugees are not refugees at all, what if they are economic migrants, or even worse possibly terrorists? Many wonder if generosity could compromise national security. Could religious freedom also be at risk?

I understand these concerns because in my home country of Lebanon we have faced all of these fears already and we are still struggling with these questions. For four years we have lived through these experiences.  A quarter of our population now are Syrian refugees. We are struggling with the challenges of making sure they get food, accommodation and schooling. There have been security challenges with Islamic fundamentalists trying to get a foothold in the north of Lebanon.  The United Nations has been a great help but with dwindling funds they can only support the extremely vulnerable.

We soon realised that most of the refugees are innocent people who were living in peace and they have nothing to do with all this war. In the Middle East, we are a people who have had to pay a high price for the battles of our rulers. They fight and the people pay the bill. As Christians we couldn’t look the other way while they suffered. We couldn’t follow Jesus and ignore the plight of these desperate refugees.

So we have overcome our fears and shared the love of Christ through practical action like providing food, bedding, heaters and schooling for young children. It has not been easy, but through it God has broken down barriers between communities and encouraged both Christians and Muslims to see each other in a more compassionate light.  We have not watered down who we are or what we believe. On the contrary, we are standing up for the values that Jesus taught us in the parable of the Good Samaritan. It has been a challenge, but also a huge blessing.

Last week, while in Germany on a family visit, I unexpectedly had a chance to meet some Syrian refugees that are working near Dortmund. They are sending money home to their loved ones in Lebanon, Jordan and Turkey. They told me about the difficult journeys they had made to get there and some of the poor and inhumane treatment they had received along the way. What impressed me was the warmth and support they were getting from Germans in the village where they were living.  Many had opened their homes and were offering food and other assistance. The dignity and the rights of each one were being respected regardless of their origin.

The response of Germany and a few other countries to the refugee crisis is a good lesson for the rest of Europe. Their welcoming spirit and respect for the dignity of a human being is something the Syrians and the Iraqis have not known in their own countries. I shared in a Sunday worship service, spoke to refugees, and spoke to many Germans, never did I hear anyone saying “we don’t want them, they are terrorists, let them go to their countries”.  I was touched to see the effect of Christian values among Germans even though many do not go to churches any more.

In Europe your compassion and commitment to human rights is exemplary. When refugees arrive, they get royal treatment.  It’s so sad to see and say that Middle Eastern countries and North African countries didn’t extend any invitation for any refugees to come and stay. By the same token refugees do not want to go to any country in their region.

The refugees are in desperate need and are flocking to countries built upon the traditional Christian values. Here I see the challenge for European Christians. How will you respond? Is Christ for Christians only? Some may say, “We have enough problems of our own and we need to put our country and its people first”. You may be a good citizen arguing that, but as Christians we cannot say this as we turn our backs against our beliefs and our Bible. We need a new vision to love the refugees, we need to help them.

If we are really Christians, now is the time to apply our practical Christianity. We need to show Christ is for all and our religion is to share the love of God, feed the poor and extend a hand to the hurting whether they are Syrians, Iraqis, German, French or Serbs. Fanaticism, hatred and killing are not our way of life.

I am not saying it will be easy. There will be a lot of political attacks for doing so. We in the Middle East have a completely different upbringing from Europeans. Some of us have been brought up to hate the West and Western traditions. It will require education and patience on all sides to enable Muslims, Christians and those of other faiths, or of no faith, to live together. As Christians, you may face hostility, but Jesus had a very compassionate heart for the poor when he was on earth and now is the time to show your compassionate heart.

Showing compassion does not mean comprising your values or traditions. You need to keep your values, your laws, your traditional beliefs and your cultural systems. The refugees that arrive should respect your values, not changing you to their ways, as they are receiving your help.  If they don’t like and appreciate their new homes they are always free to return to their old ones.

If refugees end up staying in Europe, I hope within 10 or 20 years a new generation will be born on the continent that will embrace a peaceful culture. A culture, that will not be one of revenge and hate, but one that enables them to live peacefully with all faiths. How Europe and the Church respond to the refugee crisis will not only have an impact today, but also on the future of Muslims in Europe and on those living in the Middle East in the coming decades. It is time for the Church in Europe to be visionary, to stand up for what Christ has taught us and to show his love to all that need it.

To those Christians in Europe already engaged in helping refugees: thank you. To the rest I urge you: don’t walk by on the other side and ignore the plight of these people. Be the Good Samaritan they need. It will be a challenge but it will also be a blessing.

This article was first published by Ethics Daily on September 17th, 2015.

← Channels of Hope for Gender Relations in Lebanon There is Hope! →