“Has Anything Changed?!”, by Kezia M’Clelland 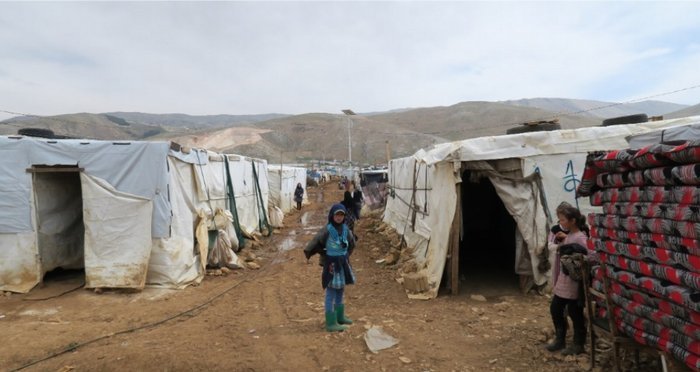 As we entered the Bekaa Valley at the start of my most recent trip to Lebanon, I felt an overwhelming sense of how, two years since my first visit, and almost six years since the start of the Syrian conflict, somehow nothing has changed. We passed row after row of tents whose inhabitants probably anticipated a stay of a month or two until they could go home to Syria again with their families; as we talked with partners I heard again the familiar stories of families still struggling to meet their basic needs, to access medical care, to survive.

If there has been any change at all, it seems that things have got worse, as resources and opportunities continue to diminish, and children who have been through unimaginably difficult experiences still struggle to access the support they need. More than half of all Syrian refugee children in Lebanon are still out of school, and child labour is rapidly increasing, with children as young as six years old working. The situation inside Syria makes peace seem ever more elusive.

And yet, at the same time, if I look at the situation from another angle, I become aware of other changes that have happened gradually, unnoticed. On that first trip to Lebanon back in 2014 when I spent time talking with our local partners, only one or two had projects focusing specifically on the needs of children, although many of them recognised the serious needs they faced.

LSESD’s community development and relief arm MERATH now partners with churches and organisations to deliver eight different non-formal education projects reaching 1,000 children who would  otherwise be missing out on school in different parts of Lebanon.  On a  visit to  one of  these  projects on this trip it was amazing to see the impact in the lives of these children and to hear what they shared about how things are different since they have been part of the school. Many children spoke about new things they have learnt, and friends they have made.

The education project has also had a deeper impact on children’s wellbeing and how they cope with life, since it gives them a chance to be with other children in a safe place, and with supportive adults they can trust. One seven-year-old boy said that a change in his behaviour was the biggest change for him, “Before I used to behave badly at home and now I don’t – I used to beat my sisters but now I don’t.”

We have also seen change happen as we have been walking alongside these churches and organisations to provide child protection training and support. It has been immensely encouraging to support the work of Tahaddi, an organisation providing education and medical care in one of the poorest and most underserved communities in Beirut, which includes many Syrian families. In my initial visit to Tahaddi in 2014, one staff member told me that because of the lack of social protection systems and support in Lebanon, ‘We feel like we’re at the edge of a cliff and we could fall any time.’ Every day Tahaddi’s staff are confronted by very difficult situations among the families they work with, which often would be much easier to ignore. And yet they take each case seriously and look for ways to provide support and take action, and we have learnt a lot through working alongside them to develop child protection policies and procedures which take into account the realities they are dealing with and show how they can do their best to respond in these really difficult situations.

Inside Syria too, we now partner with three church-based teams running ‘child friendly spaces’ for children in conflict-affected areas. While the situation has worsened around them, these teams of young people have made the decision to stay – providing a safe place for children to play and learn, committed to being the people these children can trust and turn to for support. We spent three days with these teams this month, and it was so encouraging to hear their stories of how children’s lives are changing; children who would not speak or smile beginning to engage and play again, children who have lost parents or other family members having someone to listen to them.

One of the Syrian child friendly space leaders said, “I wish that the children we’re working with will be in a better place and the war will end. I hope that the love and care we invest in these children will be like a seed and it will grow with them so that there will be something better for the whole world.”

When we hear the news from Syria today it’s easy to think that nothing has changed – and undoubtedly, the need to pray, act, give and work for peace and an end to this conflict is very real. And yet, I feel privileged to have the chance to work alongside LSESD and these local partners who are bringing change and being a change in the lives of some of Syria’s most vulnerable children, and who to me are a sign of the kingdom of God coming in the most impossible of circumstances. 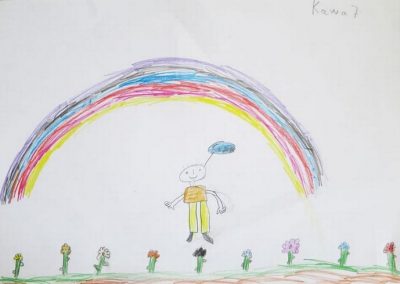 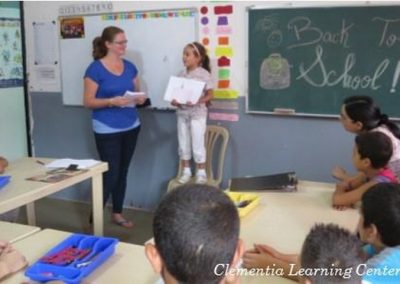 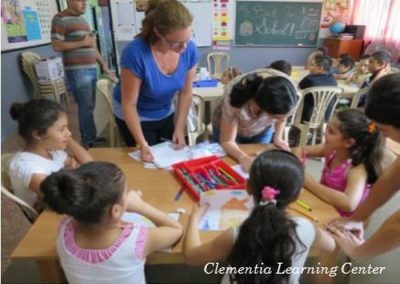 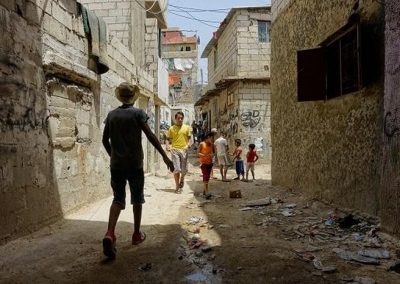 A view of the area where Tahaddi is located 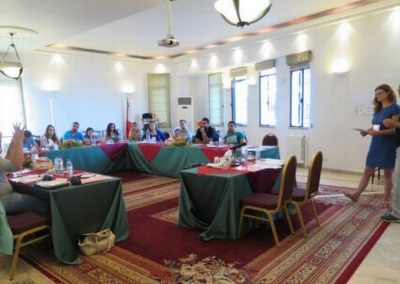 Training workshop for the staff of Child Friendly Spaces in Syria