Is There a Limit to Hospitality? 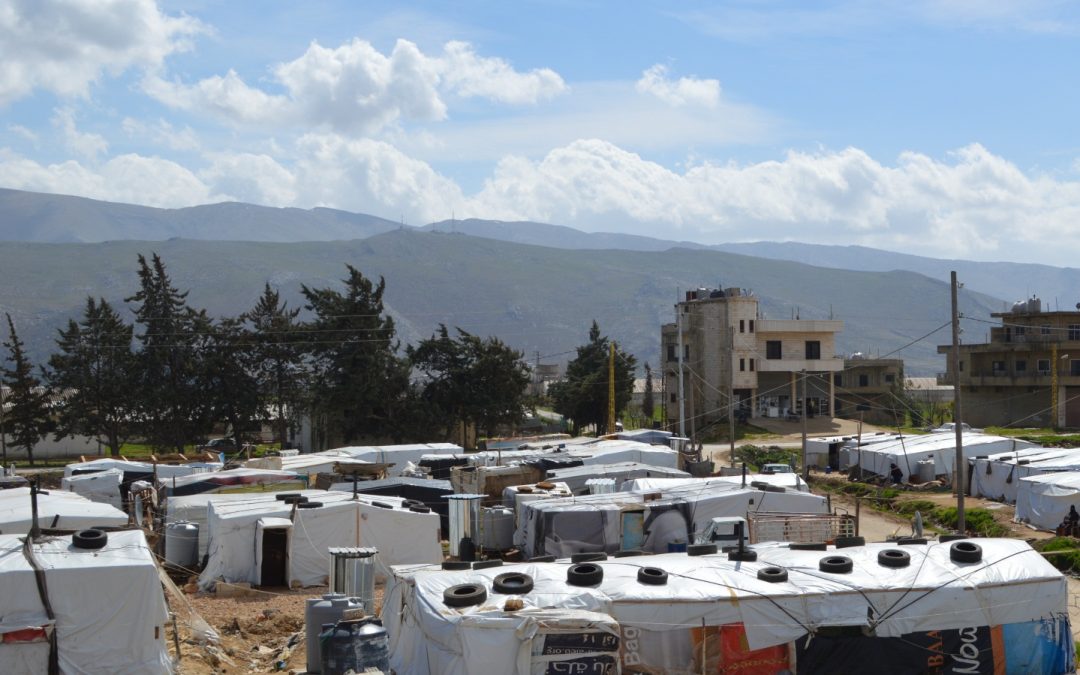 The Lebanese Interior Minister stated last week that at the current rate of Syrian refugees crossing the border into Lebanon, by the end of the year Lebanon would be host to 2 million Syrian refugees. The latest UN statistics indicate that close to 700,000 refugees have officially registered with the UN. There are at least another 100,000 who refuse to register out of fear. The estimate is that at least another half a million are from among the middle class and wealthy Syrians who have set up temporary residence in Lebanon.

Lebanon which has a population of 4.1 million Lebanese, also hosts atleast 270,000 Palestinians and unknown numbers of Iraqi and other refugees. Today in Lebanon, one in every five persons is a Syrian and this number is about to increase to one in every three people. There isn’t another country in the world that hosts such a high proportion of refugees in comparison to its population

The Syrian crisis today is believed to be the worst refugee crisis since the Rwandan genocide 19 years ago.

This is straining the already weak infrastructure of the country where electricity has been sporadic and available housing is now non-existent. The government schools that have absorbed a portion of the refugee children are now overcrowded with poor facilities and few resources. There are growing social problems with crime on the rise, a dramatic increase in the number of beggars on the streets, and a competition between the Lebanese poor and the refugees for any work at decreasing low wages just to survive.

The Lebanese who have been known for their hospitality and the quest for the good life, now resent “the usurping of their country”. Many still remember the horrors of the 20-year Syrian occupation of Lebanon.

Why is it presumed that when developed countries constantly protect their borders from illegal immigrants and only allow a limited number of refugees in, that Lebanon, which is a small country with few natural resources, would continue to play the gracious host?

Jürgen Moltmann, the German theologian, describes the struggle between identity and relevance that the Church in every generation and in every country faces. The struggle is to constantly define and protect its identity while also being relevant to the needs, issues and trends in society. For a small country like Lebanon, faced with being overwhelmed with refugees, the crisis is the same as what the church faces.

Many churches in Lebanon have followed the Biblical mandates of being hospitable to the foreigner in their midst and caring for those who are vulnerable, as have numerous local NGOs and other religious institutions. But many Lebanese in the churches are wondering at the cost it is to their country and national identity.

Can Lebanon refuse to be abused by the international community that expects it to absorb the staggering numbers of refugee resulting from their own inability to resolve the Syrian crisis?

Is there a limit to hospitality?

A country is not a community of faith. National agendas in the international arena have a different dynamic. Regardless of statements by political leaders, countries rarely respond to a humanitarian crisis purely based on the humanitarian imperative. Self-interest and geopolitical considerations are a major part of how a country responds. This then becomes the lens through which society makes sense of the crisis, which unfortunately ends up influencing its values.

The Biblical image of a community that follows Christ is that of salt and light. Salt is a preservative. Christ wants His followers to be salt in this world and prevent its moral decay. He also wants them to be a light in the midst of the darkness – a light that reveals what God and His Kingdom are like. Hospitality, compassion and mercy are fundamental values of this Kingdom.

The Kingdom of God is counter-intuitive and counter cultural. When hospitality and compassion are restricted for social and political reasons, the church needs to be a sign – a living manifestation of a community with a different set of values, where no one is excluded, the stranger is welcomed, and the individual is valued.

This article was first published on the Institute of Middle East Studies’ Blog www.imeslebanon.wordpress.com