Longing for Home Yet Uncertain to Return

Eight years into the crisis, displaced Syrians are finding it even more difficult to make ends meet and are more vulnerable than ever. Refugees in neighboring countries are also confronted with internal and international pressures to go back.

As much as some might long for their home, many of them have lost everything and are left with nothing to go back to. Returning to their country or hometown can be as or even more uncertain than staying where they have sought refuge.

Fleeing years of conflict, displaced Syrian people, both internally and in neighboring countries, are more vulnerable than ever. In Lebanon, 75% of Syrian refugee households were unable to meet basic needs of food, health, shelter and education in 2017.

More than half are now living in extreme poverty [1] and over three quarters below the poverty line [2]. Food insecurity is affecting 91% of households and borrowing money to cover basic need expenses continues to be extremely common, with almost 90% of refugees in debt.

But vulnerabilities are also growing elsewhere. Obtaining legal residency continues to be a challenge, leaving refugees exposed to an increased risk of arrest or fine, and making it more difficult for them to find labor, send their children to school or access health care. An estimated 74% of Syrian refugees aged 15 and above do not have legal residency in Lebanon.

Besides, Syrian refugees are restricted to only three job sectors: construction, agriculture, and cleaning. Work permits are not easy to obtain, as they require a Lebanese sponsor and the payment of a large sum of money. Self-reliance opportunities are extremely limited in the local struggling economy, and external funding is insufficient to keep up with the growing needs.

Increasing pressure to go back

Syrian refugees in neighboring countries are also confronted with an increasing public clamoring for them to be sent back to Syria, voluntarily or not. 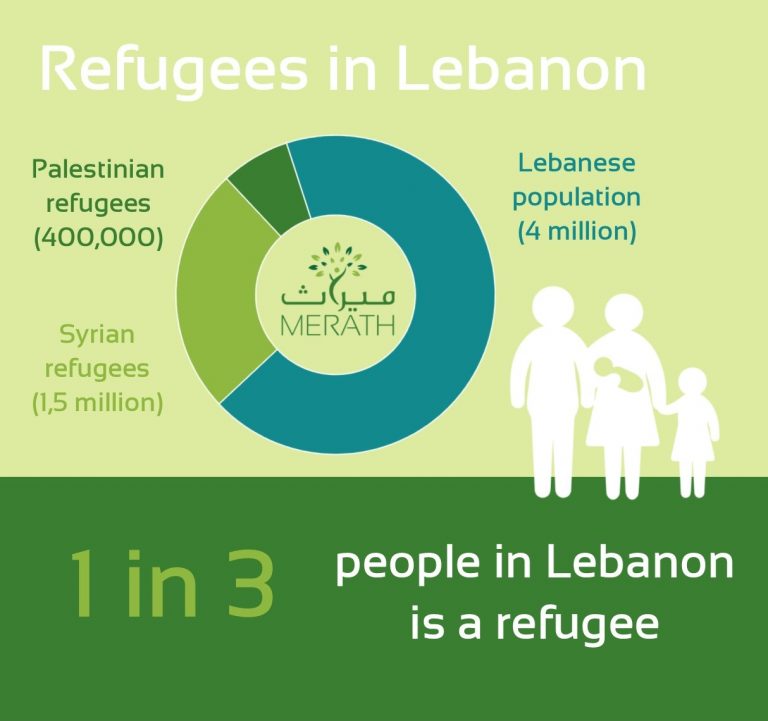 Over the past years, Lebanese policymakers have largely argued against hosting Syrian refugees long term, and instead advocated for their return, while adopting restrictive policies to discourage their stay in Lebanon. This summer, Lebanese government officials accused the UNHCR of discouraging Syrian refugees in Lebanon from returning to Syria and ordered a freeze on the renewal of residency permits for UNHCR staff.

With the most refugees per capita in the entire world, Lebanon is understandably suffering from “refugee fatigue.” Long before the Syrian refugee crisis, this small country hosted generations of Palestinian refugees over sixty years. In between, Lebanon suffered its own civil war for two decades, with the Palestinian question at the heart of it.

These all are legitimate concerns for Lebanon, and refugees long for their home. However, most of them have nothing to go back to and there is still little to no reason to believe that conditions in Syria are adequate for a mass return of refugees.

Some of the broader uncertainties are well-known: an estimated half a million people killed in Syria’s war; some one million people forced to leave their homes this year alone; a third of all houses and half of all schools and hospitals damaged or destroyed; in government-controlled areas, mandatory conscription into battle for men under 43, and the difficulties of reintegrating into a society and economy fractured by war.

Until now, few refugees have considered this a risk worth taking. In 2017, the U.N. said 77,300 refugees went back to Syria, out of 5.6 million who had fled the country. Another 850,000 internally displaced Syrians went back to their homes. Yet the same year, 2.9 million people were newly displaced inside the country.

This complex situation makes it more vital than ever that partners stay the course amid deepening poverty and growing vulnerabilities – which equally strain abilities to support vulnerable members of the local community who are also struggling with limited resources and help prevent further social tensions between host communities and refugees.