LSESD’s Response to the Syria Crisis

The Relief and Development Program at LSESD was born out of emergency relief that LSESD provided to internally displaced persons (IDPs) during the 2006 War. That experience highlighted the opportunity to engage in development projects in the country, as was requested by former IDPs after they returned to their communities. The program was created and has since undergone rapid expansion back into the relief realm, responding to Syrian refugees in Lebanon and Syria. This has become an impacting ministry, as churches have been the primary partners distributing relief supplies and conducting activities, resulting in unexpected fellowship between refugees and church members. This byproduct of the relief activities has considerably enhanced the work of the Church in the areas where LSESD is providing aid. This serves to not only meet the physical and social needs of the refugees, but has broadened the spiritual vision of Lebanese Christians involved in the response, enhancing the role of the Church in Lebanon.

The Syria crisis is now the worst humanitarian crisis since the Rwandan genocide. 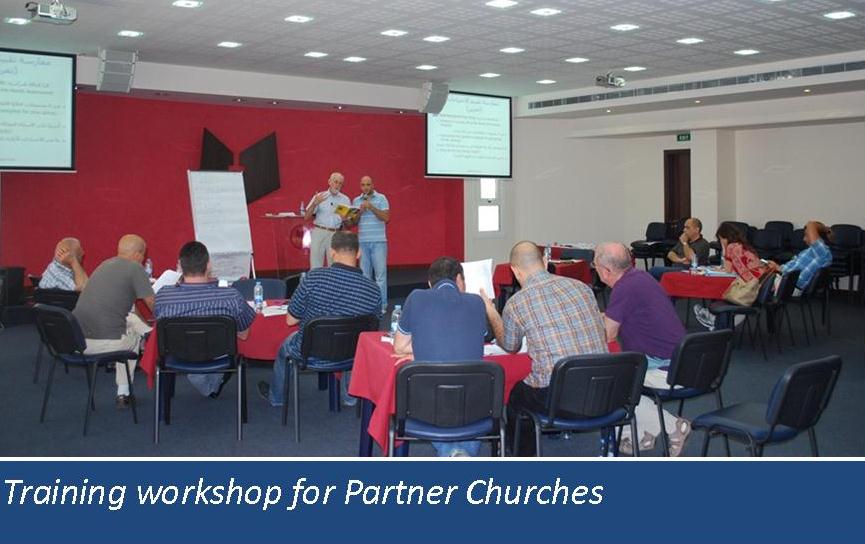 LSESD has responded right from the beginning of the crisis in 2011 when it provided assistance to 863 families in North Lebanon. Today LSESD is working closely with local church partners inside Syria, in Lebanon and in Jordan. Inside Syria providing food  on a monthly basis, besides providing medical assistance and non-food items such as hygiene kits, kitchen utensils, blankets, mattresses, heaters and so on to another 2,600 families. In Lebanon, LSESD is also providing food aid on a monthly basis, providing blankets, mattresses, stoves, fuel and water filters. LSESD is also partnering with a local Christian NGO  to provide medical assistance to some of the most vulnerable of the refugees in Lebanon. LSESD has also been enabling local churches to run Christian camps and activities for refugee children and is partnering with one local church to provide education for the children.

All this has been possible because of the generosity of LSESD’s partners.

LSESD’s efforts are not just focused on providing assistance. It sees the local church as being a vital part of a local community where it needs to have an effective witness in both word and deed to the reality of the living God in Christ. In order to do this it has been providing both formal and informal training to local church leadership in how to effectively respond to the needs of the refugees and displaced.

God is doing something astounding among the churches in the region. In Lebanon, churches who had only believed in verbally preaching the Gospel are now demonstrating the reality of the Kingdom of God through helping those in need and the poor. There are innumerable stories of forgiveness as Lebanese in the churches are moving beyond the hatred they have felt for the 20 year occupation by the Syrian army, to showing compassion to the Syrians. As one pastor commented – as they forgave the Syrians and started helping the refugees, revival came to the church. They are experiencing the reality of Is. 58:7-9 “Is it not to share your food with the hungry ?and to provide the poor wanderer with shelter—?when you see the naked, to clothe them,?and not to turn away from your own flesh and blood?Then your light will break forth like the dawn,?and your healing will quickly appear;?then your righteousness will go before you,?and the glory of the Lord will be your rear guard.Then you will call, and the Lord will answer;?you will cry for help, and he will say: Here am I.”

A Baptist pastor in Tartous talked about what God is doing through this crisis. He is seeing the church being transformed, as all the members are involved in helping in one way or the other. They are reaching families from different denominations and faiths with assistance that they could never have before the crisis. They are working with key leaders from the historic churches and there is a new collegiality among the Protestant pastors. The image of the Church and of Christianity has changed in the eyes of those from other religions, as personal friendships have developed and there is a level of trust that never existed before.

The Church in the region in the midst of this horrific crisis is experiencing the reality of Is. 61:3, that God would “bestow on them a crown of beauty instead of ashes, the oil of joy instead of mourning, and a garment of praise instead of a spirit of despair. They will be called oaks of righteousness, a planting of the LORD for the display of his splendor.”