More Than Just a School 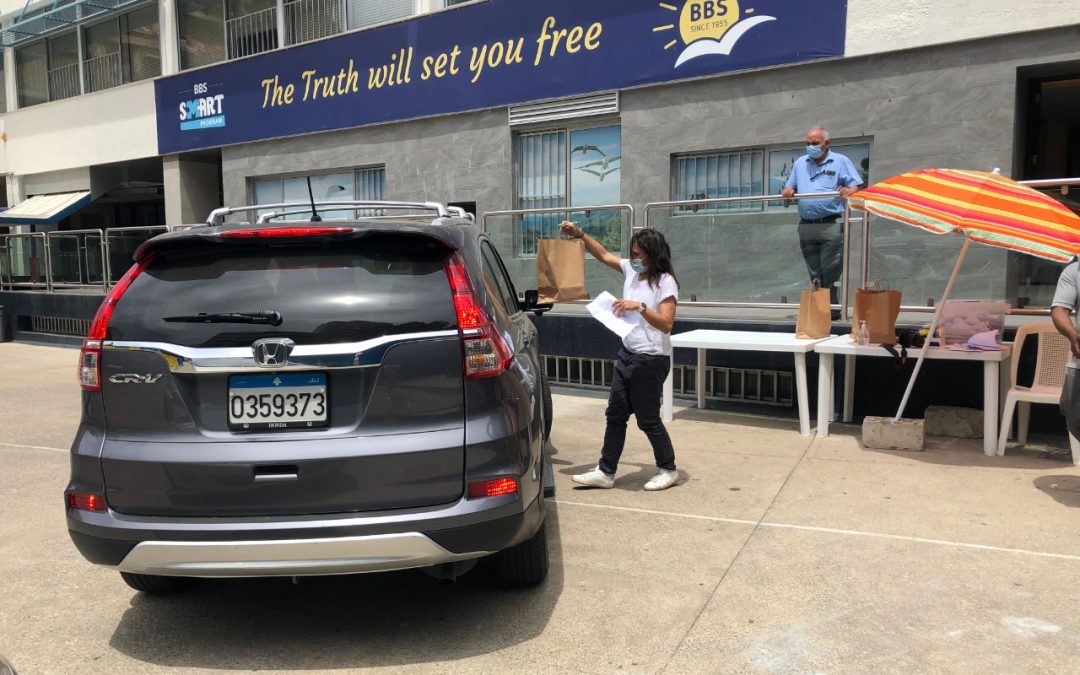 This spring was intended to be a lively time of celebration in Lebanon. A reminder of the country’s diverse population, this year festivities were prepared to commemorate three major religious holidays: Western Easter, Orthodox Easter, and Ramadan. During these celebrations homes and restaurants are generally filled as loved ones gather together to eat, to fellowship, and to commemorate these holy days.

But the holidays looked different this year. With severe stay-at-home restrictions many families were unable to gather. Even for those that were able to get together, the country’s devastating economic collapse had rendered many people unable to purchase the food items and treats that typically distinguish the holidays from any other time of year. Comforting rituals and traditions were reimagined or abandoned altogether. For many people, the holidays were a harsh reminder of the new reality of life in Lebanon.

Inspired by its Christian mission, LSESD and Beirut Baptist School (BBS) brought a message of hope and unity to the community. In the midst of the holiday season, BBS called and emailed all parents with a simple message: we have something for you to pick up at the school. Upon arriving, parents received a box filled with food items staple to the Lebanese diet such as lentils, olive oil, and rice. Additionally, they received a container of mamool—a traditional treat served during Lebanese holidays. Accompanying the gift was a letter from BBS thanking the parents for their continual sacrifices to care for their children despite the health, community, and economic crises plaguing the nation.

One father professed his gratitude on Facebook, sharing pictures of his box with a vulnerable caption on how much it meant to him and his family:

“I recently received several calls from my children’s school and did not answer. I wanted to avoid embarrassment in case they were calling about my children’s tuition payments. When I didn’t answer they ended up sending me a message via email describing the actual purpose of their calls: they had a gift for all families. Today, when I opened it, I was surprised by the content of that gift.”

Alice Wazir, principal of BBS, said Romans 10:12 was the motivation for the whole project. “In that verse it talks about the brotherly love that we ought to spread among people around us,” she shared. “Over the past few years, we have come to realize that our role as Beirut Baptist School is not only to be an academic institution, but also a community service institution where we are aware of our community’s needs and are ready to stand next to them and support them when those needs arise.”

As crises continue to emerge in Lebanon, LSESD and Beirut Baptist School remain committed to serving those around them, each ministry deeply rooted in the belief that we are called to live our faith in Christ through proclamation and demonstration.