Reflections of an MRel Student 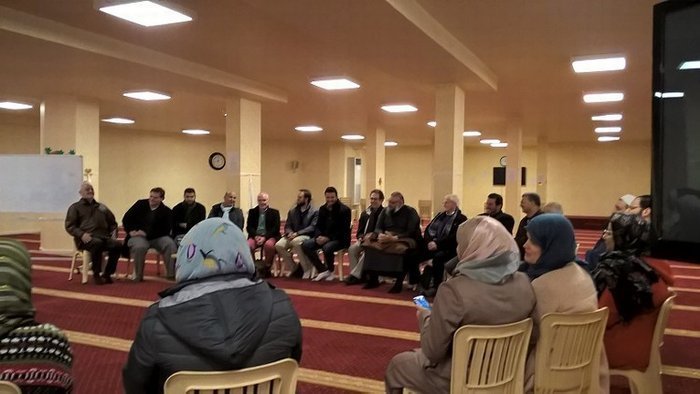 The Master of Religion in Middle Eastern and North African Studies (MRel in MENA Studies) is a unique and innovative multidisciplinary program of our Seminary’s Institute of Middle East Studies (IMES).  The following are the reflections of an MRel Student.

What does the Quran say about Christians; What is the place of women in Islam; Does Islam have a political role and what does this mean for Lebanon and the wider world; Is inter-faith peace making an alternative to confrontation; How does our understanding of regional events – current and historical – impact inter-faith relations?

These were just some of the issues covered during the two-week residency I attended in January, part of the Islam module of the predominantly online MRel course run by the Institute of Middle Eastern Studies at the Arab Baptist Theological Seminary (ABTS) in Lebanon.  I came to Lebanon, from the UK, a little over a year ago to work with LSESD and I have been taking modules from the MRel course to help me better understand the religious and cultural aspects of life here.

The current module is on Islam and the residency provided a rich experience of lectures, visits and discussions.  The variety of speakers, Muslim and Christian, from the Middle East and beyond gave real insight into the issues we were studying, helped by the views of our fellow students, two of whom are themselves from different religious backgrounds. To learn, for example, about what the Quran says about the role and standing of women in Islam directly from a Muslim lady, brings a real first-hand experience and interpretation of the texts.

It was good also to visit several organisations in Beirut – Christian, Muslim and some mixed or secular – seeking to work out how people of different faiths could live and work together in an equal and just society.  Surprisingly, we found there was a lot they had in common.   A pertinent session, considering the present political situation here in Lebanon and internationally, was on peacebuilding as an alternative to confrontation – whether that be between individuals, neighbours or countries.

A highlight of the two weeks was attending Friday prayers at a Mosque in Saida (Sidon) followed by lunch with the Imam and some of his congregation. Over lunch we discussed several questions some of which highlighted the gulf in our understanding of each other’s faiths on even the most basic of issues.

While realising we could study each of these topics in much more detail, the intensive two weeks certainly challenged and developed our thinking and helped to put into perspective some of the reading and reflection we had undertaken in the preceding weeks of guided study online.

For anyone who wants to learn more about the challenges facing the global Church in an increasingly complex multi-religious and multi-cultural world in the context of the Middle East this is an excellent course.  For further details I encourage you to click here.