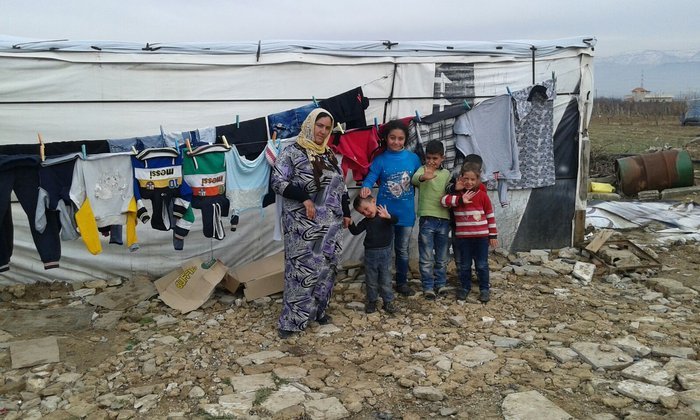 Many years ago, God put a calling my heart to tell the stories the world needed to hear especially the stories of God’s Kingdom being taken into darkest of circumstances. With the largest diaspora since World War II underway, I knew people needed to hear the stories of Syrians fleeing indescribable tragedy in the homeland.  When the opportunity arose to come to Lebanon with the Texas Baptists, I jumped. I knew we were telling stories of bringing winter supplies to refugee families but that was about it. I didn’t know where we were staying, or who exactly we were working with, but I boarded a plane with 2 other team members and we were on our way.

When we arrived, the LSESD family helped to get us oriented quickly and before we knew it, we were on our way to meet Syrian families displaced by the civil war. To say it was powerful would be an understatement. All of a sudden, these people were no longer an issue discussed by talking heads on the news or debated about by my friends on Facebook. These were real, flesh and blood families who were doing anything they could to protect their loved ones from the atrocities they faced back home. It was an honor to look in their eyes and hear their stories firsthand.

One of the families I met was Adnan and Amena (names changed). They lived in Idlib, Syria with their three children when the fighting began in 2011. “We could see the bombs going off everywhere. We would go to bed each night unsure if we would wake up in the morning,” Amena explained while sitting on a small couch inside their UN issued tent. “The situation was not easy. We fled on foot not long after the fighting began. We were forced to carry our three babies nearly 10 kilometers to escape,” Adnan said. They, like many other Syrians, found a safe refuge in the mountains of Lebanon, but life is a constant struggle for their family. Work is scarce and they are forced to survive off the generosity of others.

To make matters more complicated, their 10 year old son was born with serious birth defects which have stunted his development to the point that he was unable to walk until he was 7 years old. He needs ongoing medical care as well as surgery to repair (what I am guessing is) severe scoliosis in his back. All three of their children were malnourished when they arrived from Syria and today they survive on supplies from LSESD through its partner church and the UN too.  “Life here has been harder than we ever could’ve imagined it would be,” Amena mourned. “I cannot work because of my son’s health and no company will hire me because I would have to bring him with me to work.” Despite the constant struggle, they still remain grateful. “No matter how hard things are for us here, we still say ‘Thank God’ because whatever it is we have here it is much better than our lives in Syria.” What struck me the most was how Adnan and Amena are just like us. They hope for peace for their country and for their children to grow up having a better life than they have had.

As I listened to story after story like this, I was amazed to see God’s hand at work. These are the moments God would have us step into to spread his Kingdom for his is a Kingdom for the destitute and downtrodden. His is a Kingdom for the least of these and Jesus is here for the desperate. I see amidst this exodus an opportunity for the Gospel to come alive through the practical reflection of the love of Jesus Christ.