One of the most influential theological books ever written has never been published in full in Arabic. Until now.

Institutes of the Christian Religion, by the famous Protestant theologian John Calvin, first came out in 1536. It has been studied by seminary students worldwide for hundreds of years, but has not been translated in its entirety for Arabic speakers. This has now been rectified by LSESD’s publishing arm Dar Manhal Al Hayat (DMAH), who has partnered with the Near East School of Theology (NEST), to produce the first ever complete Arabic version.

Speaking at the translation’s launch at NEST’s campus in Beirut, the Principal of the seminary Dr George Sabra said: “This book has made a big difference in history, both in the church and the lives of individuals across the world. It’s considered to be at the core of reformed evangelical religion.”

Dr Sabra explained to the audience that Calvin partly wrote Institutes of the Christian Religion to encourage evangelical Christians, including himself, who were facing persecution at the time. This observation was picked up by DMAH’s Publishing Manager Sawsan Tannoury in her speech at the launch. “We are pleased to be able to publish such an important book by a man who stood strongly for his faith in the face of much persecution,” she said.

“We are glad to have the opportunity to join with others in producing the book,” she added. “It is now for others to take and use to extend Gods kingdom.”

Calvin’s classic book is now available in a two-volume set and is being subsidized to make it accessible to as many theological students and Christians in Lebanon as possible. It will be launched in Egypt in January 2018. An e-book version is due to be available on DMAH’s e-publishing platform Konooz soon.

Institutes of the Christian Religion is one of two books to be produced this year by DMAH inspired by the 500th anniversary of the Reformation. On 25 November 1517, written by Rev Suheil Sauod about the history of the Reformation and published by Ophir (Jordan) in collaboration with DMAH, was launched at the Lebanese American University in Beirut. 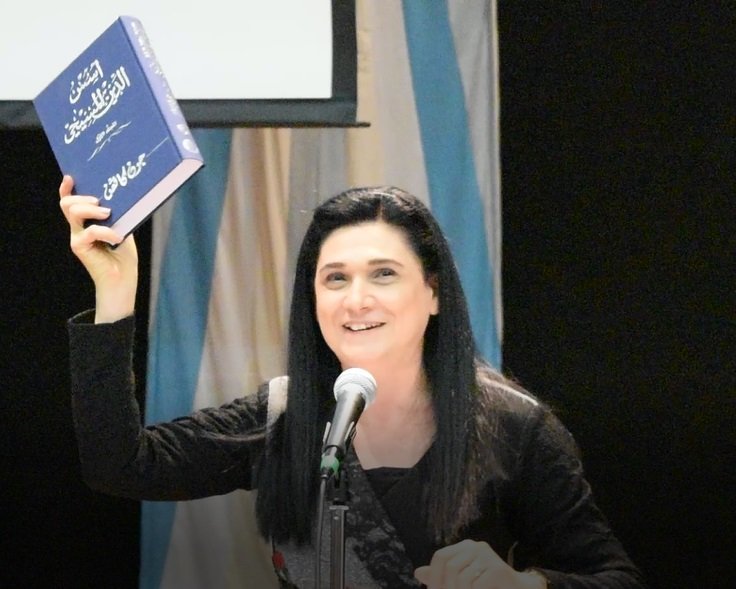 ← DMAH Launches Christianity Explored and Soul for the Arab Church Transformed Lives: A Book to Treasure →