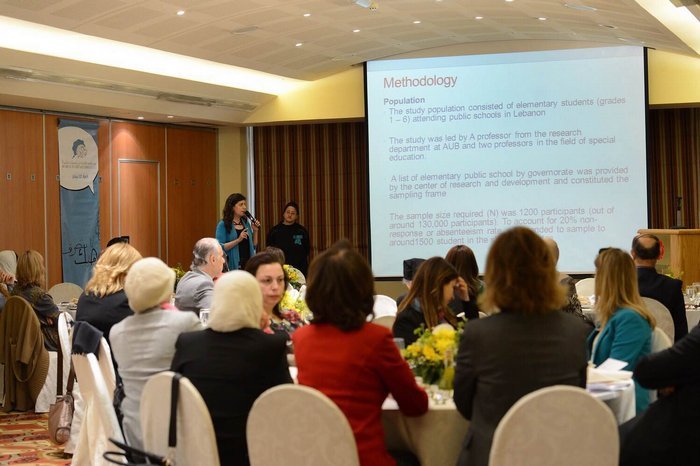 Hiba Al Jamal, Director of SKILD Center explained that the study explored the prevalence of students in cycles 1 and 2, i.e. grades 1 to 6, at risk of having learning difficulties (LD). Language arts (spelling, writing fluency), and mathematics (computational and quantitative) were the main areas evaluated directly by the student. As for behaviour, the scale was administered to the main classroom teacher of each grade; s/he was asked to rate the pupil on fifteen items describing each student’s  behavioural characteristics.

· The most prevalent learning difficulty in all grades was behavioral.

· 39.8% of the students appeared at high risk of having learning difficulties due to their inability to maintain good behaviour in class at least in one area.

· 46.1% of the male students had a behavioral learning difficulty compared to 31.7% of female students.

· On average, 59.5% of the surveyed pupils were considered as having a potential learning difficulty in at least one other area (vocabulary, spelling, writing Fluency, mathematics …).

← Reflections on the National Day for Students with Learning Difficulties SKILD Conducts Workshops for Teachers, Specialists, Parents and Students →