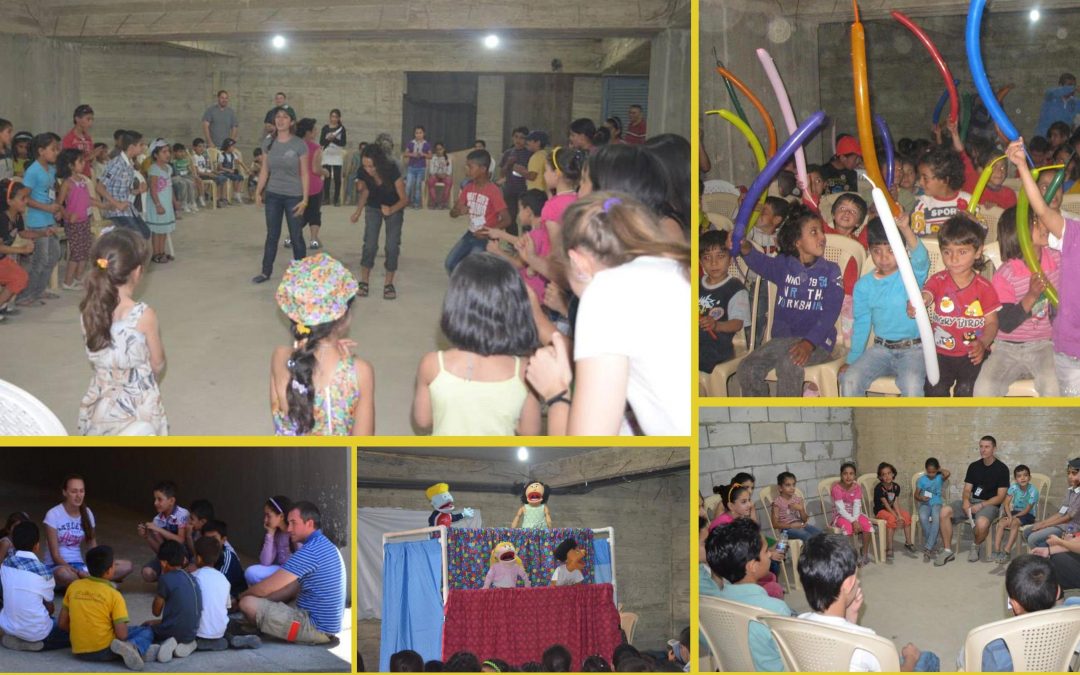 This July began with a bang as we were joined by youth leaders and mission teams from different countries to participate in BCYM’s summer camps for vulnerable children.

“Fear Not” was an appropriate theme for the camp that focused on Syrian refugee children many of whom have faced horrific tragedies. The kids were ecstatic with just the simple things. Any small song to get the day started would end up being a triple encore because of how much the kids enjoyed it. There was a lot of laughter, bright smiles and strong energy radiating from this group, which in turn brought out the best from the leaders.

During lunch, many of the children would not eat their sandwiches choosing to save their food for their mothers or siblings back home. These altruistic children are too young to have to be grownups and provide for their families and yet this is what we witness in these camps. The stories they shared were quite touching too.  A 12-year old child shared that one day, while still in Syria, she and her five siblings could not find their mother at home, and so went out to look for her. In their absence, the house was hit by a bomb and burnt to the ground. She was convinced that it was Jesus that saved her family.

God’s love and faithfulness was overwhelming and so were His blessings throughout both camps  – one of which was hanging by a thread due to the security incidents that preceded it.

Next is BCYM’s teenagers’ camp.  Appreciate your prayers!