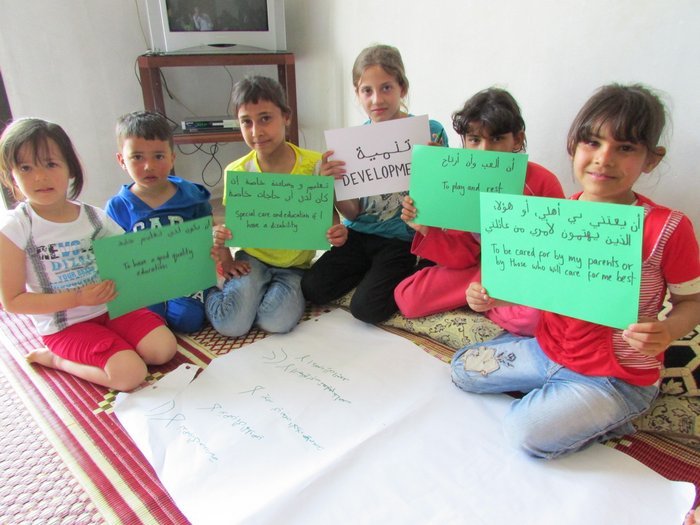 As the Syrian crisis has deepened with over 150,000 killed, almost three million refugees, and with 9.6 million desperately needing assistance inside Syria, the plight of children has worsened. Being among the most vulnerable, they have fewer resources and abilities to cope with the changes, confusion and trauma they experience daily.

While we at LSESD are beginning to address the issues that children face through providing educational programs, children’s camps and child friendly spaces funded through the gracious provision of funding from concerned donors, we needed to have a real understanding of the nature and scope of the vulnerabilities that they face. There were also concerns as to whether LSESD’s programs focusing on food aid, health and education were ensuring the protection of the children.

A partnership with Viva in the UK and Food for the Hungry in the US enabled LSESD to have a specialist in child protection be seconded to research this area, make recommendations on how to improve the protection of the Syrian refugee children and do some training with LSESD’s partners and teams. Kezia M’Clelland has just completed an extensive study and her report is available from LSESD upon request.

Some of her key findings were:

One partner in Syria told Kezia: “There are no longer any children in my country – even a four-year-old can tell you everything about the war.”

Going forward, it is critical that  we at LSESD be able to build the capacity of our partners through the training that is being planned. The children are the future of not only Syria but also the Church in Syria. Unfortunately, as the civil war continues, this generation of children is in danger of being lost.

← Kezia M'Clelland - From Uganda to Lebanon to Support Children at Risk Who Will Help Carry this Burden? →