The Church at its Best 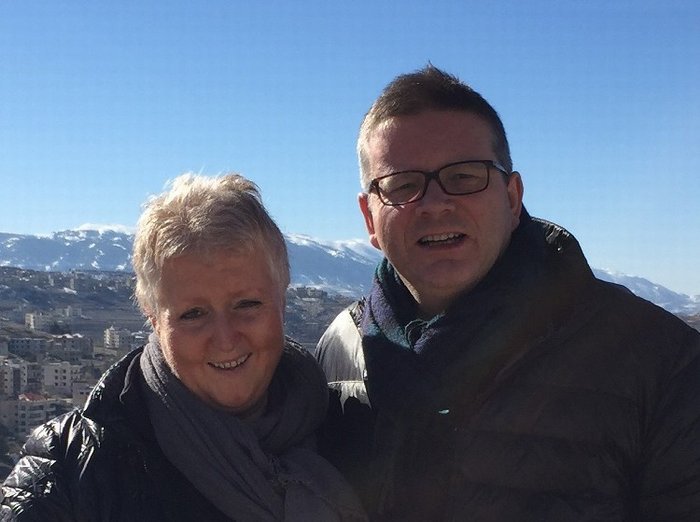 It is hard to imagine a deeper humanitarian crisis on our planet today than that which is facing the people of Syria. It is difficult to find words to describe, never mind understand, the nature of this six year conflict which has resulted in the untold suffering of millions.

Lebanon finds itself on the frontline of this disaster with almost 2 million refugees seeking sanctuary in this little nation of 4 million people. In Queens Park Baptist Church in Glasgow, Scotland we have been provoked in our thoughts and prayers as we have considered how best to respond.

We have been keen to learn from our brothers and sisters in Lebanon on how we might support them as they face the traumatised and vulnerable refugees on their doorstep as well as applying their knowledge and experience to our own relationships with Glasgow local refugees and Asylum Seekers.

A visit from Nabil Costa to our “Global Focus” weekend in 2016 cemented our connection to LSESD (the Lebanese Society for Education and Social Development) and my wife Anne and I were delighted to respond to an invitation to visit for ourselves. LSESD is a wide ranging ministry serving throughout the Middle East. They provide theological education and reflection in a regional context through the Arab Baptist Theological  Seminary as well as publishing books. Additionally LSESD serves children and youth and provides a host of services to support the church and to serve people unreached by government services. The innovative SKILD Center is leading the development of special needs education at a national level and has been recognised as such through its status as a sponsor of the Beirut marathon. An unexpected bonus of our trip was a visit to downtown Beirut for the official launch of the 2017 event, courtesy of SKILD!

Whilst in Lebanon we had a particular interest in witnessing and learning from the Christian response to the refugee crisis. It was a great privilege to visit the Bekaa valley, where it is reckoned over 350,000 displaced people are living in flimsy tented villages, exposed to the bitter cold of Lebanese mountain winter.  This is the frontline of the most intractable conflict in our world and these are its human victims. Yet, what was encouraging to see was that here, in the dark shadow of destruction, God’s light was shining brightly in the actions of his people. Christians serving all people: unconditionally, impartially, offering winterisation packs, food and clothing to people trapped in transit with no way back and no apparent hope for the future. LSESD and MERATH (its relief and development arm) are backing the local Christians with the resources required to support the desperate need of thousands. We heard stories of one church of 65 members serving 1700 families.

On a monthly basis both in Lebanon and Syria LSESD is supporting something like 8000 families (and we are talking about families much larger than the western European norm of two adults and 2.5 children here!)  It is like the miracle of the bread and fish all over again.

The hard work of Christians on the ground, in partnership with the world church, is making a contribution above and beyond the means of any local church. This would in itself be remarkable if it were not more astounding to know that the Lebanese and Syrians are former enemies. Indeed here are people literally choosing to love, feed, clothe and shelter the enemy. The transformative power of God at work.

The Syrian conflict exemplifies the world at its worst, but, the church is being seen at its best: stirred by crisis to move out towards need, to take the posture of the suffering and marginalised. It is in places like the chaotic Bekaa valley, where humanity is convulsing in pain and anguish, that God is present and at work. Through supernatural encounters, gentle care and persevering action, people are finding, in Jesus, hope and healing. God is present in the ruins of a nation, in personal tragedy,  and in the midst of destruction.

So what have we learned? Simply that when our response to the afflictions of others is to arise from our preoccupation with self and comfort, we find God at work in amazing ways. That God is  drawn to  the pain and chaos of the world’s  greatest heartbreaks. It  is in such places that we meet him, already at work.

← LSESD's Mission All Aboard! Join the LSESD Educational Ministries Journey →