The Joy of Seeing Them Celebrated 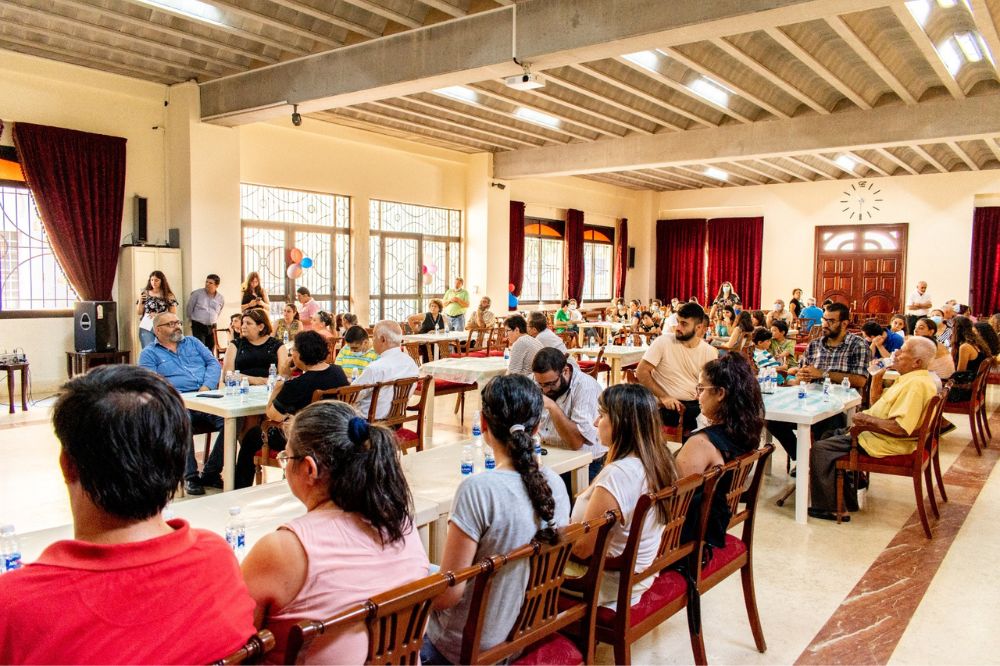 Inside the hall of Saydet El Inaya church in Maghdouche, many families of children and adults with special needs and learning difficulties began to gather. Yet there was one family who caught my attention.

They were all laughing, enjoying dinner and each other’s company as loud, joyful music played in the background. Exuberant joy was evident on their faces, as this was a special day for them that they always looked forward to where they will be celebrated for their uniqueness.

One family’s experience raising a child with special needs

This family has a daughter with Down Syndrome called Christy. She is full of life and self-confidence. When I asked her parents about her, I was both surprised yet filled with joy to hear their answers.

When asked what life is like for Christy, her father gladly said that it is normal.

Her mother added confidently, “She is not different at all from her siblings. You wouldn’t know the difference among them.” 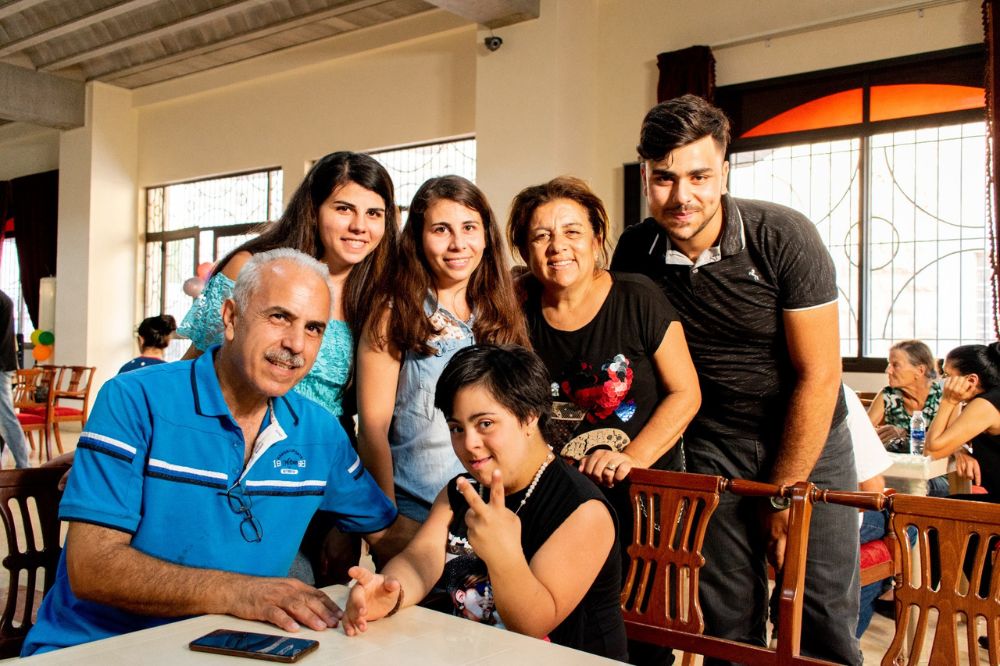 Surprisingly, she doesn’t face bullying or mistreatment outside her home or at her school, but rather, school for her is a safe place. She enjoys going there, loves to study, and has a strong memory. Her father said that she doesn’t see herself as different from others. How wonderful that is!

Her mother shared with me more about how she has a servant-minded and obedient heart as she helps her in the kitchen by peeling potatoes and squeezing lemon. My heart leapt with joy hearing that she is that close to cooking all by herself.

This special event led by founder of SKILD and CEO of LSESD, Dr. Nabil Costa in partnership with the “Faith and Light” Organization across Lebanon, was held specifically in Maghdouche village at the Saydet El Mantara Church on August 2, 2022.

This event is two-faceted, as it brings both the Evangelical Church and the Catholic Church in Lebanon together. Where there was once cultural disagreement and a wall built between them over differing theological beliefs, this partnership found a way to break down this wall. This gathering is also a great cause that both exalts the Lord Jesus and brings joy to the hearts of those who have disabilities, thus offering them spiritual and moral support.

“Our priority is Jesus, then our brother who no one looks after, and who the society neglects, as well as the brothers whom their parents would leave at home,” stated Warde Mansour, Coordinator of the Province of Maghdouche in South Lebanon.

She added that through working with them, we can deliver the word of Jesus to them in a simple way. She also called for unity and love among the churches.

Is the inclusion of people with social and learning challenges necessary for the society?

Father Chadi explained, “They are God’s creation, and they are brothers to us.”

He went on to say that we should follow the example of Jesus, quoting what Jesus said in Matthew 25:40, “Truly I tell you, whatever you did for one of the least of these brothers and sisters of mine, you did for me.”

“When SKILD came to the scene, the team started shedding the light on these people and helping society to have a different view of them, to respect them and treat them in a way which is worthy of them,” said Charbel Younan, Ambassador of the International Organization for the Defense of Human Rights in Cyprus. 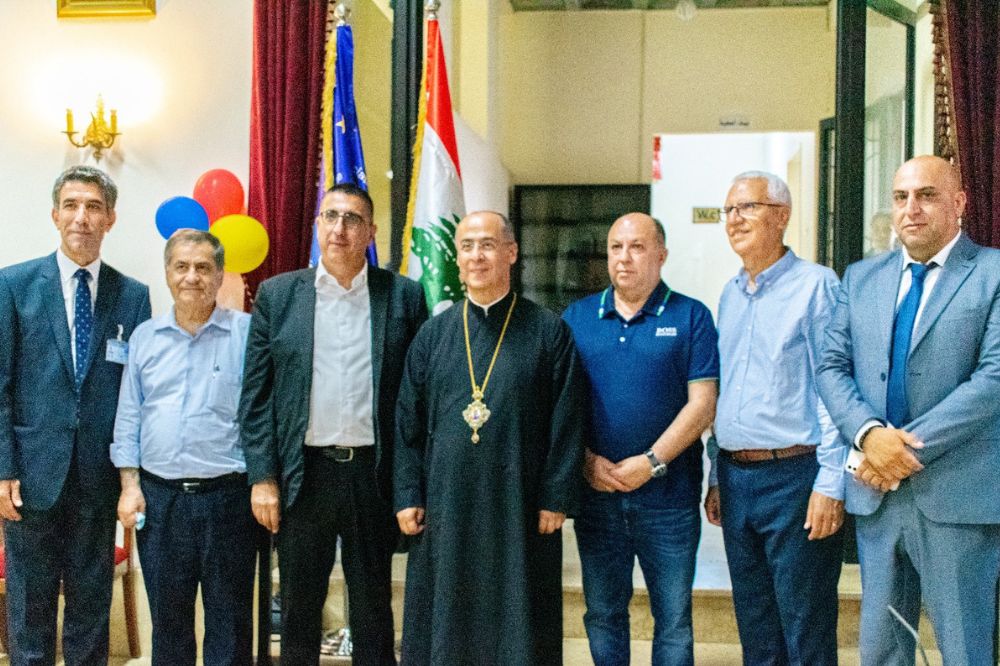 SKILD has been advocating for kids with learning difficulties, not just in the Evangelical community, but also by expanding its presence in schools of various religious and community lines.

The team was intentional about including diverse secular and religious leaders such as Dr. Hector Hajjar (Minister of Social Affairs) under the patronage of the Greek Catholic Archdiocese of Sidon and Deir El-Qamar, Archbishop Elie El-Haddad, Charbel Younan (Ambassador of the International Organization for the Defense of Human Rights in Cyprus), and Kamal Baddah (Ambassador of the International Organization of Human Rights in the European Union). Though we may not share all the same beliefs, we are grateful to work together to serve the community.

In an interview with Dr. Hector Hajjar, Minister of Social Affairs, it became clear that the future is changing for people with disabilities.

“Since 2001 till today, there has been a rooted change in their education, their inclusion in the society, in jobs, and in practicing their talents in music and sports,” said Hajjar.

The Evangelical Church is working together with the Catholic Church in sharing Gospel resources from Dar Manhal Al Hayat (DMAH), which publishes and distributes a wide range of Christian and educational resources in Arabic in response to the needs of both the Church and the community.

“This is a valuable start, and it preaches about Christ,” said El-Haddad.

May God lead His children to always demonstrate His love to the least of these, by being to them Christ’s hands and feet.

“Behold, how good and pleasant it is when brothers dwell in unity!” Psalm 133:1