The Local Church: A Place of Compassion in the Syrian Crisis 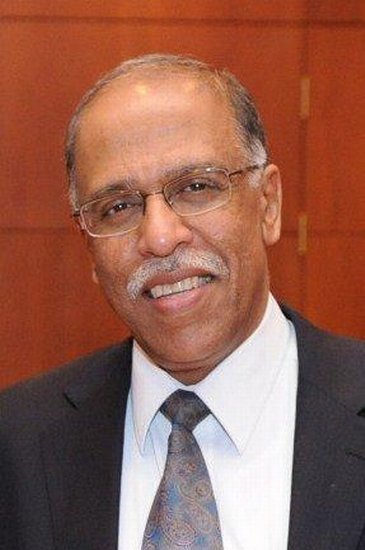 As the Middle East continues to dominate the news with events in Gaza and Iraq grabbing the headlines again, the crisis in Syria continues its gruesome course. As ISIS moves its new tranche of weapons captured from the Iraqi army into Syria, the opposition to the Syrian regime is becoming increasingly radicalized. The conflict has now become a slow meat grinder with hundreds being killed every month, while families and communities across Syria are being systematically destroyed. There are no  visible and viable solutions that are being considered.

Historically, the Protestant Churches in Syria and Lebanon have been very insular because of the threats that they have had to live under. This is probably best described by Bishop Kenneth Cragg, the veteran missionary and scholar, who tells the story of Robert Curzon, the English traveler, diplomat and author, looking for ancient manuscripts for British museums. While visiting a monastery in the mountains of Lebanon, Curzon writes in 1849 about a meal with the monks in the candlelit refectory. “I have been quietly dining in a monastery when shouts have been heard and shots have been fired against the stout bulwarks of the outer walls … which had but little effect in altering the monotonous cadence in which one of the brotherhood read a homily of St. Chrysostom from the pulpit … in the refectory.” While there was violence and gunfire outside the high walls of the monastery, it did not affect the life of the monks inside the walls as they continued to live and worship as if nothing had happened. The massive walls kept out the world and its violence to preserve the faith and the faithful.

While it would be easy to be critical of such an isolationist attitude of the church, the reality was of a church trying to be faithful to Christ in the midst of chaos, turbulence and changing times. The Lebanon, Greater Syria, and Palestine of Curzon’s time were embroiled with violence and communal strife, not much different than today, as the Ottoman Empire started its death spiral and western powers with arrogance and deceit carved up the region for their own national strategic interests. Bishop Cragg describes the times as being a volatile mix of “…liturgies and weapons, traditions and encounters, partisans and aliens, devotions and shouts, walls under siege.” It would seem as if he was describing the world of the Middle East today.

As the present Syrian crisis unfolded and spilled into Lebanon over the past three years, the Lebanese Baptist Society (LSESD) decided to respond to the unfolding humanitarian crisis. Being a church based agency, it worked to empower local churches inside Syria and in Lebanon to reach beyond their comfort zones and social boundaries and help those in need. This is a story of reconciliation that has not been told yet. Syria had occupied Lebanon for 20 years and many Lebanese families have stories of their homes being destroyed, family members killed, imprisoned and tortured, and the country systematically destroyed. The decision by a handful of Lebanese pastors to reach out to Syrian refugees in Lebanon meant being able to forgive the Syrians and then lead their congregations to forgive. This went against the grain of Lebanese society and to date most of these pastors face opposition for their actions from family, neighbours and others in the community. In one church, 85% of the congregation left the church because the pastor decided to help the refugees. Inside Syria, where the Protestant Churches over the centuries had become very insular, many among them decided to make their churches places of compassion for people of any faith to find help.

We are learning lessons about the role of the local church in the midst of crisis. Here are five lessons:

1.      The local church is an institution in the community: Evangelicals too often focus on the church as a spiritual body that is concerned primarily with what happens after life. There is no doubt that the Church, which is the Body of Christ, is a link between the physical and spiritual realities. What is not addressed is the fact that a local church is a religious institution in the community. If this is true, then it has obligations to the community in which it exists. John Inge, the Bishop of Worcester in the UK writes about a Christian theology of place. Places and community are integrally linked and together build the identity of the other. A local church exists in a specific physical and social place within a community for a purpose.

The local church as an institution in the community has visibility, history, credibility and relationships. It is a part of the community. Because of this, it is a natural place through which a relief project can be implemented, as long as there is no conditionality or manipulation using the aid that is being provided.

In the Syrian crisis a local church because it is part of the community and is known, can become a place of compassion.

2.      A local church needs to be a church and not an NGO or a social service organization: Many Christian NGOs and donors that seek to work with and through local churches unintentionally turn these churches into social service organization through their requirements and restrictions. The functions of a local church include being a worshiping community, preaching, teaching, discipling, counseling, praying and assisting those in need. Eph. 4: 12-13 describes the gifts given to the church in order “to equip the saints for the work of ministry, for building up the body of Christ, until we all attain to the unity of the faith and of the knowledge of the Son of God, to mature manhood, to the measure of the stature of the fullness of Christ.” This is the function of a local church.

Some well-intentioned donors, because of historic precedence, require churches receiving their funding to not be involved in evangelism or any other spiritual activity during the period when aid is being provided. This is based on a humanitarian standard called the Red Cross Code of Conduct. They feel that it would be manipulative because of the power dynamics involved between those providing the aid and the beneficiaries. There are power dynamics in every relationship and eliminating them is not realistic or possible. However, they can be managed and their impact minimized. The issue is that there should be no conditionality to the aid as it is being provided nor should there be manipulation by those providing the aid. The local church needs to continue to be a church and not a social service agency. However, helping those in need is one of its functions among all the others.

In the Syrian crisis a local church needs to live out its calling to minister to people holistically with love and sensitivity.

3.      The local church needs to also minister to those outside its community: Ibn Khaldun, the 14th century North African historian wrote, “Only tribes held together by group feelings can live in the desert…” since the group ensured the survival and well-being of the individual. Yet this obligation was always limited in practice to the immediate group, family or clan and very rarely beyond it. In the Arab culture the family and the tribe take care of their own. As a result the Arab social context is very fragmented.

Croatian theologian Miroslav Volf wrote about Exclusion and Embrace (also the name of his book). Speaking from within the context of the Balkans (which is similar to the Arab world), he noticed that during times of crisis churches excluded those who were outsiders and different as a way to protect themselves. He notes that God, who has every right to exclude us because of us wanting to be different from Him and what He created us to be, does not do so but embraces us. This then becomes the model for the church to show compassion to outsiders and not just those within the church.

In the Syrian crisis a local church is not just a place of protection for Christians but also a place of compassion for anyone in need regardless of their religion, ethnicity or creed.

In the Syrian crisis a local church as part of a network is far more effective than if it functioned alone.

5.      The local church needs to understand its mission and mandate: The community of the followers of Christ should not only remember the last thing He said (the Great Commission Matt. 28:19-20) but also the greatest thing He said (the Great Commandment Matt. 22:36-40), to love the Lord and one’s neighbor. The Micah Declaration refers to the mission and the mandate of the Church as Integral Mission.

“Integral mission or holistic transformation is the proclamation and demonstration of the gospel. It is not simply that evangelism and social involvement are to be done alongside each other. Rather, in integral mission our proclamation has social consequences as we call people to love and repentance in all areas of life. And our social involvement has evangelistic consequences as we bear witness to the transforming grace of Jesus Christ.

In the Syrian crisis a local church needs to understand that it does not just prepare people for life after death, but has a responsibility to also minister to them here on earth in the specific place where it is located.

In the Syrian crisis, the local church as an institution in the community has enabled access to areas, as well as to refugees and those affected by violence that would not have been possible otherwise. While many organizations are providing assistance, the local church can be a place of refuge and compassion.