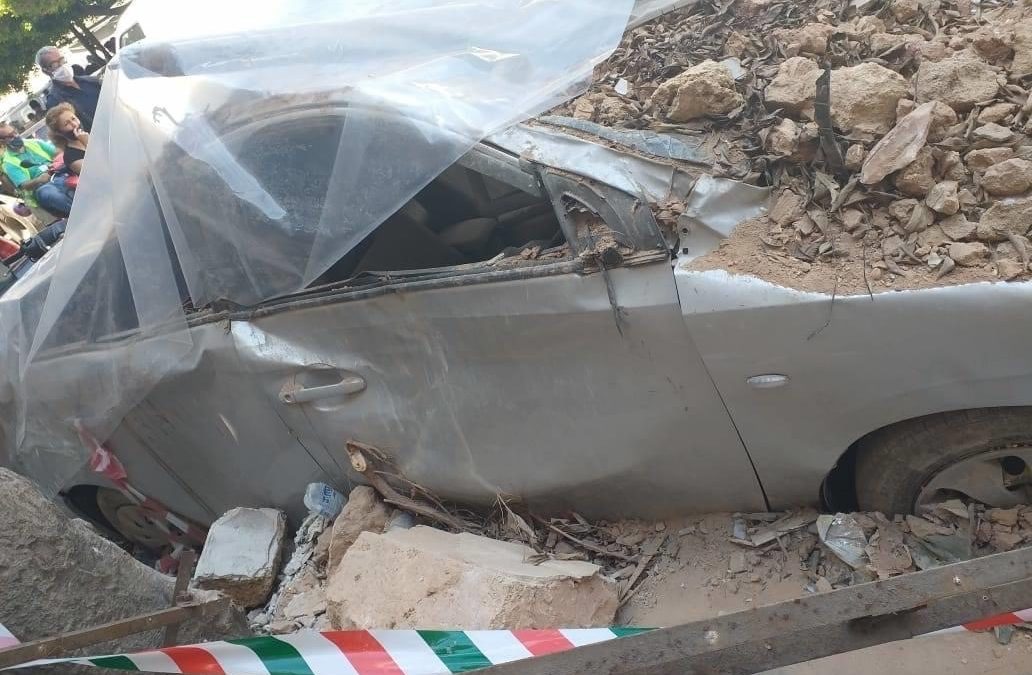 Through the Valley: Responding to the August 4th Beirut Port Blast

At 5:45 PM on August 4th, 2020, I had just made it back from ABTS. My sister and father had called 15 minutes earlier saying that they were stuck in traffic on their way back from our church in Beirut, so my mother and I decided to wait for them so we could have dinner together. At 6 PM, they had just made it back, and we were talking about their trip when our apartment building shook violently. I thought it was an earthquake. We would soon find out otherwise.

The August 4th Beirut Port Blast was a critical point for us last year. For me personally, as a 23-year-old, this was the first time lives I had invested in were put in danger. For my friends, family, and coworkers, those who weren’t impacted physically or materially were impacted emotionally and psychologically.

All of us at ABTS felt that we needed to do something. Part of our vision and identity is to see communities restored through the Church in the Arab world. For us, there was a Call for restoration, and we needed to answer.

The day after the blast, ABTS leaders held an urgent meeting and decided to open our campus to house and care for people who had been impacted. Our students had gone back home and we were beginning our transition into our new strategic direction, so our dormitories were empty. With the blast, the Lord showed us how we could use our resources to answer a pressing need in our community.

Our friends and local church partners took up the call as well, volunteering time, effort, and resources to help those impacted by the blast, and adopted our guests past their stays, making sure they had the spiritual, emotional, and material support they need to make a healthy transition back to their daily lives. We praise God for the support of our friends and partners in the West and Australia, who reacted quickly, pooling resources to help us respond transformatively to the emerging need.

The first family arrived on our campus on the 7th of August, with the rest coming in gradually afterwards. The Habib’s, a family of 5, were one of the first families to arrive. The family had been renting an apartment in an old building in Mar Mikhayel, an area directly facing the port and one that had sustained heavy damages during the blast. The building the family lived in was severely damaged, and they were all heavily injured. The family had slept at the hospital for a couple of days before finding their way to ABTS. The family is made up of 3 elderly members – the parents and an aunt – and two daughters who took care of them. They had lost all of their possessions in the blast, including the family car.  “When we first met them, we saw how close they were to each other,” said Sisil Al-Agha, our academic coordinator. “They were very kind towards us, despite everything they had been through.”

As they recovered, and we got to know them more, we found out that the family had once been larger. The family had lost two sons to sickness, and so it had fallen to the daughters to take care of their parents and aunt. One of the daughters had used what she had learned from caring for her elderly parents to get a job as a home aid for the elderly. The other daughter had been a taxi driver and a chauffeur. Both the daughters’ livelihoods had suffered because of the pandemic and the economic crisis. Still, the family faced life with positivity. “The difficulties they’ve been through seem to bring the family closer together rather than push them apart,” shared Sisil.

After their time at ABTS, one of their relatives helped them rent a new apartment. Along with a one of our church partners, we helped furnish their new home, and they have since moved to their new apartment. Our church partner and some of our staff continue to visit them regularly to pray with them and provide support when possible. With contributions from ABTS and their friends and acquaintances, they were also able to buy a pre-owned car for the daughter to use as a cab.

Talking about their experience throughout their recovery, one of the daughters shared, “The project was very important to us as it supported us and helped us recover. Our friends at ABTS were very honest and open with us throughout. We are very thankful for the support we’ve been given. We are making good steps in our transition and hope that we can become fully self-reliant again soon. We also hope that we have the opportunity to help others in the same way that we have been helped,” shared one of the daughters.

For us at ABTS, our experience is best encapsulated in the words of our president Elie Haddad: “The question that keeps lingering in our minds is: Where is God in all of this? Part of the wonder of God is that, not only does He listen, His heart no doubt bleeds for Beirut and its people with unconditional compassion and love, and He reveals Himself in fresh new ways in the middle of our anguish. […] Where is God in the midst of the calamity? All around us. We just have to look for His fingerprints.”

This year, I have been blessed to come to know, through the conversations and experiences I’ve shared with the ABTS family, the significance of the purpose the Lord puts in our lives, and the value of using our resources to serve others.

We thank the Lord for using us alongside many churches and Christian organizations to serve the families and individuals impacted by the blast. We ask you to join us in prayer, for the Habib family, and for the hundreds of other families who were impacted by the blast, that the Lord continues to reveal His unconditional compassion and love for them. Specifically, please pray for the complete healing of the injuries that one of the Habib daughters is still suffering from.