Towards Inclusive Educational Communities in Lebanon: Preliminary Meeting in Preparation for the National Day Event 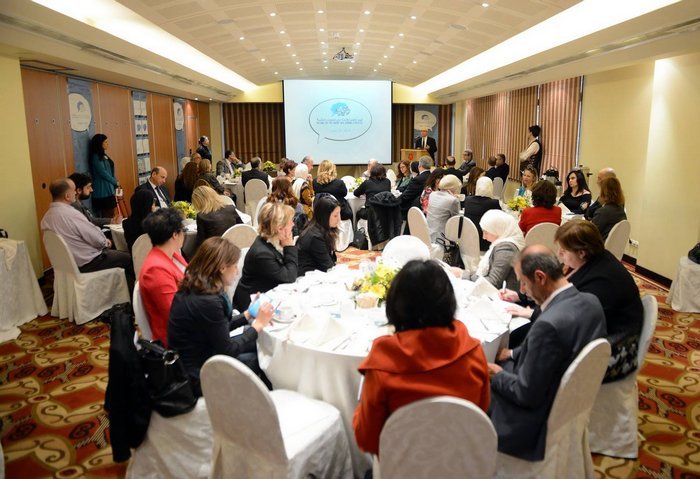 Dedicated to raising the profile of students with learning differences in Lebanon and ensuring that they are better supported, the April 22nd National Day for Students with Learning Difficulties is an important day for them.

The National Day was established two years ago in an  effort to raise awareness of the issue among parents, teachers, specialists and students. Organised by the SKILD Center, the Ministry of Education and Higher Education (MEHE) and the British Council in Lebanon,  the three partners have succeeded in taking significant steps towards raising awareness about rights and needs of students with learning difficulties. In 2013, 40 private and public schools took part in activities to mark the National Day, but this figure had jumped to 120 schools in 2014. A promotional text message campaign that was sent over the past couple of years to all Lebanese mobile phone users has meant many more know about the National Day and the importance of supporting students with learning difficulties. “The awareness we have now is unbelievable,” says Nabil Costa, LSESD’s Executive Director and coordinator of the National Day. 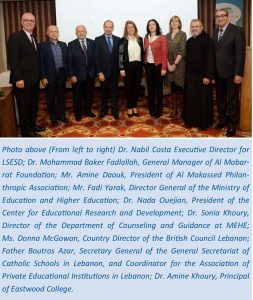 Bringing together officials from MEHE headed by Director General Fadi Yarak, inclusive education advocates, educators, school principals and other specialists, National Day activities in 2015 were launched at a breakfast meeting on April 1st. Costa, as well as the other key partner representatives, welcomed participants to the event before inviting those attending to share reflections and concerns on special education and how to provide support to students with learning difficulties, based on their experience over the past few years. The shared experiences of partners and educators indicated that opportunities for expanding inclusive education are increasingly present in Lebanon, but continued perseverance by all stakeholders is critical to generate nationwide changes.

After the exchange of participant feedback, SKILD Center’s Director Hiba Al Jamal shared the results of a screening that SKILD Center conducted in public schools in May and June 2014 to determine the prevalence of students who are at risk of having learning difficulties or disabilities, the first nationwide screening in Lebanon of its kind. Inspired by the results of the assessment, a plan for policy dialogue will take place in May 2015.

By the end of this year’s National Day, SKILD hopes to have video footage of students from different schools carrying and waving the National Day flag to be featured on various TV news programmes.

Additionally, during the week of the National Day (April 18-23) SKILD will continue to roll out a series of capacity building workshops on learning difficulties in partner schools with key sessions on dyslexia and differentiated instruction led by visiting professors in special education from North America, and in close coordination with the Consortium for Global Education.

SKILD’s Executive Director Nabil Costa has been invited as a key speaker at a conference on 22nd April organised by MEHE, as well as at a one-day conference on learning difficulties at Notre Dame University in Lebanon. Costa will emphasize the need to move from separate initiatives for inclusive education by members of civil society and non-governmental organizations to policies and a legal framework that will ensure inclusion is mandatory and not simply a choice in private and public schools.

Pray that this year’s National Day will encourage parents, students, teachers and government to ensure that those with learning difficulties are better supported in the future.

To find out more about the work of SKILD visit http://www.skild-edu.org. Look out for a report on the National Day for Students with Learning Difficulties in the next LSESD newsletter.