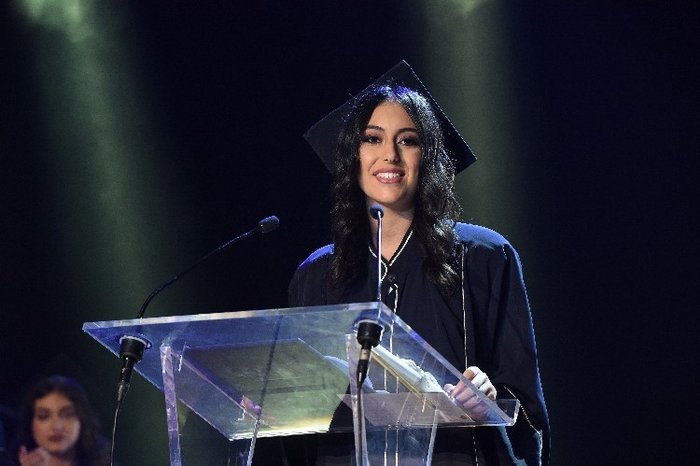 Life is special for Karen Sweid right now. This summer, she achieved the second highest grade in Beirut for socioeconomics in the Baccalaureate exams. Karen graduated from LSESD’s Beirut Baptist School (BBS) and was one of three valedictorians (all female) who spoke at the 56th Commencement Ceremony in June. This autumn, she starts her studies in International Affairs and Economics at Lebanese American University.

The seeds for these extraordinary achievements were arguably sown when Karen was 11 years old and entering middle school at BBS. It was then BBS awarded Karen a full scholarship for her high academic merit. This relieved some of the financial burden on her family for being at the school and deeply touched Karen, instilling in her a belief in the importance of education.

BBS has not only inspired Karen to believe in education, but in equality for all. “If it was not for my mother and teachers, who are predominantly females, I wouldn’t have succeeded,” she says. She believes “that change starts from a person’s mental level” and wishes that she can influence that change just as BBS contributed to her developing mindset. Like BBS treats girls and boys equally, Karen wants to carry that message onto a national level, particularly in women’s rights. She wants to see a change in the laws that prevent Lebanese women from passing their nationality to their children and which give women an inferior legal status in the religious courts, that still prevail over civil courts in Lebanon, when it comes to marriage, divorce, custody and inheritance. To make this happen, she is considering studying law, volunteering at NGOs, attending demonstrations and supporting draft laws so that women get all their rights. BBS has inspired Karen to make a difference and God-willing she will.