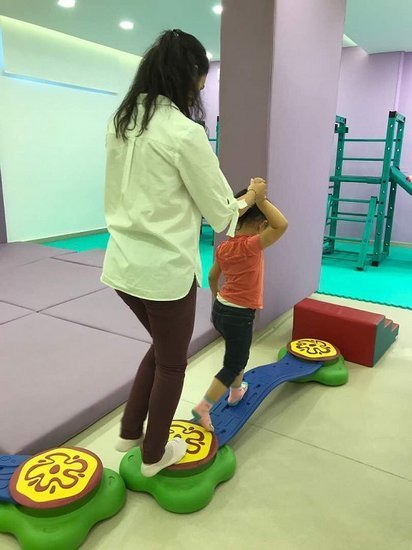 “Everyone is a genius. But if you judge a fish by its ability to climb a tree, it will live its whole life believing that it is stupid.”

This quote reminds us of the limitations of mainstream education, where all learners are taught using one traditional method and are judged on their ability to behave appropriately and obtain good grades in scientific subjects. Unfortunately, not all learners can reach this standard, especially those who are hyperactive or have behavioral problems. This can lead to them being expelled from school or not even being admitted in the first place. These children are marginalized purely because of their learning differences. Whatever potential they have is dismissed, leaving their self-esteem and any hope of a positive future in tatters.

To help children whose learning differences means that they don’t quite fit the mainstream education system, SKILD launched the Applied Behavioral Analysis (ABA) Program. Children have a schedule similar to a school day, but academics and therapy come together to substitute for the missed academic year. The goal is to enhance the children’s behavioral skills so that they can go back to mainstream school with minimal support.

One child who has benefited from SKILD’s ABA therapy program is Wasim, a five-year-old boy whose extreme behavioral problems in class led to his expulsion from school. Wasim’s parents came to SKILD asking for assistance and guidance regarding their son’s difficulties. Following diagnostic tests and observation at the SKILD Center, Wasim was diagnosed with ADHD, having extreme impulsivity that leads to aggressive behavior, breaking things, and running around at all times.

The ABA therapist at SKILD began her intervention with Wasim using a visual rules board. This is a chart divided into a “happy face” column that includes pictures of all the good behaviors that Wasim can imitate, such as not talking loudly or not hitting our friends, and a “sad face” column that includes pictures of loud stomping of feet, climbing on chairs and tables, and other inappropriate behaviors that Wasim tends to do. The sessions consist of 5 minutes of sitting-therapy time followed by 5 minutes of playing.

Wasim loves his visual rules board and it has led to a change in his behavior. He improved from 5 to 15 minutes of sitting-therapy time before 5 minutes of play and then resuming the session. He asked his therapist to prepare a visual rules board to use at home which she did and he improved even further. After seven months of behavioral therapy, Wasim was able to return to school. He currently has a shadow teacher supporting him but their time with him will be gradually reduced after further observation, so as to prevent Wasim being expelled from school again. SKILD’s ABA therapist is also making scheduled visits to Wasim’s school to observe his behavior and take appropriate therapy measures.

You can find out more about the founding of the ABA Program, its international supervisor, and how the therapists were trained by clicking here.

← Help Special Needs Children Have a ‘Night to Shine’ Beirut Baptist School: Proud of Our Inclusion and Talented Choir →