Update on LSESD’s Humanitarian Response to the Syria Crisis 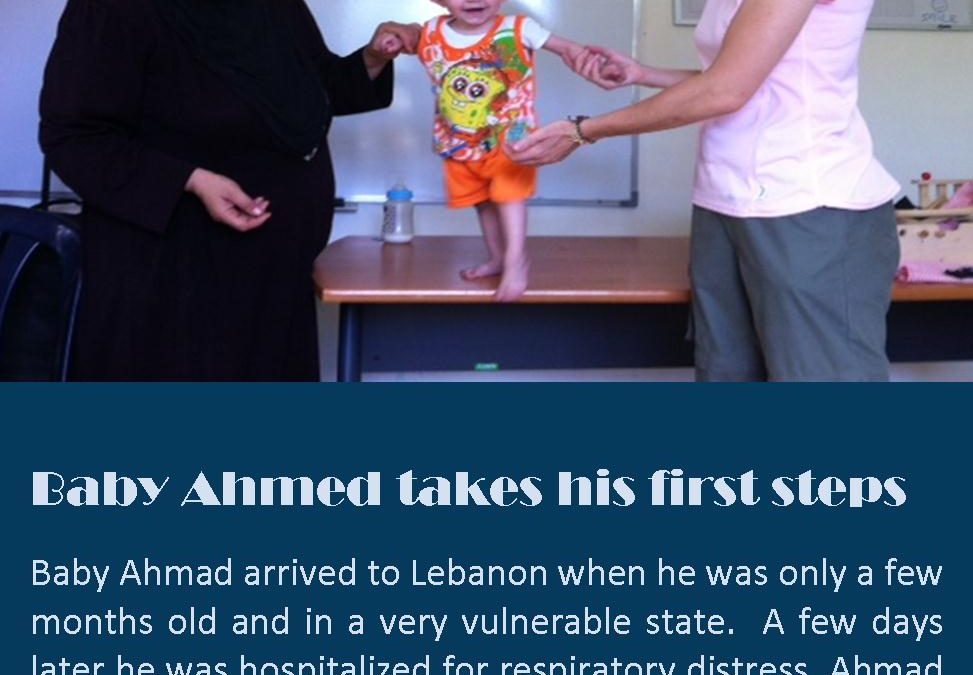 As the Syria crisis intensifies, an average of 8,000 people are estimated to cross the Syrian borders daily to Lebanon, Jordan, Turkey and Iraq. On July 12th, 2013 UNHCR reported the presence of over 1,773,000 registered Syrian refugees, out of which over 600,000 are in Lebanon, a country with a total population of slightly over four million Lebanese, but with the largest concentration of unregistered Syrian refugees whose numbers are not included in the afore-mentioned figures.

LSESD’s humanitarian response to the Syria crisis that started in the summer of 2011 continues in partnership with local churches and community-based organizations, and includes today the provision of food and/or non food items to 2,475 refugee households in Lebanon, and over 1,650 internally displaced families in Syria. In parallel, our children and youth ministry is organizing activities for the children in Zahle’ (the Bekaa region, around 15 minutes’ drive from the Syrian border) where we have the largest concentration of families in program, and where we are now developing a pilot “school” and income generation project for the education of Syrian children, using the Syrian curriculum at the hands of teachers who are themselves refugees in Lebanon.

The families we serve wrestle with many a challenge including the effects of traumatic experiences that they’ve been through. Here are some of their stories:

“Our journey from home was a rough 11-hours ride by bus. Along with our young daughters, we put on long gowns and veils to avoid the unwanted attention of armed men controlling the unofficial checkpoints on our way to Lebanon. The risk was no less for our husbands, yet thank God we made it safely”, shared Samia*, a Syrian woman in her early thirties who had just arrived a week earlier with her husband, children and other relatives.

Still weary from their journey to safety, they spoke of the “shooting, bombing, kidnapping …” that led them to the difficult decision to leave their homeland. Their 12-year old daughter, Houda*, who had been silently observing her surroundings suddenly turned to us and started recounting – in an expressionless face and voice – story after story of atrocities that took place in their neighborhood at the hands of strangers, ending with news of the kidnapping of her classmate a few days earlier. “Our country is no longer the same. It is no longer safe for our women and children to go out,” commented her father. “It is for their safety, that we left.”

This family, along with another who arrived with them, are currently staying in the home of a Syrian relative who is married to a Lebanese. “I don’t know how long can we impose on our hosts. As you can see, they themselves live in a very small apartment. We need to find work so we can afford to move to another place. We also need to be thinking of our children. They already lost the current school year…” When asked how can we pray for them, together, they said: “Pray for peace for Syria that we may be able to go back”.

We prayed together and left, heading for another refugee family that lives a few minutes away, in a run-down garage. “When the fighting intensified, we left our village for a couple of days hoping to return once things calm down. Yet, when we tried to go back, we were not allowed to enter our village again. We moved from one place to the other seeking work, yet could not find any. Eventually, my husband and I decided to come to Lebanon where it is safer for our two kids. It’s already been five months or so since we came. Our children still jump with fright at the slamming of a door, or the sound of a car or truck. But at least they now sleep at night. Moreover”, Sana* said, “both my children now go to Sunday school and they’re happy there. Look at their drawings”, she said pointing to four brightly-colored drawings that are scotch-taped unto the dark wall of the dim-lit one-room garage they now call home.

For some, it was the death of their loved ones that led them to give up and leave. Others went through near-death experiences that led them to flee. Najat* is a young woman in her mid-twenties who was shot by a sniper on her way home to her husband and child. “We knew that our neighborhood was not safe but we had no where to go and so had learnt to maneuver our way in between the alleys. But this time the sniper got me as I neared our building. I felt the heat in my leg and I knew that if I as much as slowed down the next bullet will be aimed at my head. I ran as if my life depended on it, because it did. Once I made it to our apartment, I leaned on the door and all I could think of was that I needed to lie down. I did not immediately tell my husband knowing that the sniper may still be out there ready for the next victim.”

Najat’s family was only able to leave for the hospital a couple of hours later when their friend parked his van directly at the entrance of their building, blocking the view of the sniper so they could literally jump in while the bullets whizzed over their heads. Still limping from her injury, Najat spoke of how their lives changed drastically since then: “My husband had a small furniture workshop in the same building where we lived. Yet, we realized the day I got shot that it would be crazy to go back to our neighborhood again. Sadly, we left behind our home and our source of income, and moved from one shelter to the other, displaced within our own country. Neither my husband nor I could find work. And so to survive, we decided to come to Lebanon perhaps we stand a better chance here. But here we are today, still jobless, and still moving from one shelter to the other, the only difference is that we’re now refugees in Lebanon. We’re not used to this! Will this nightmare ever come to an end?!”

Jamila*, a 33-year old mother who shares a tent with her husband and sixteen children, the eldest a teenager, voiced a growing concern that many refugee families in Lebanon today share: “We sought refugee in Lebanon from the violence in Syria. Yet, today we live in fear of what will become of us should something bad happen here?! What do we do then?”

Their pain and anxiety are so deep. As Lebanese, we’ve been there before and we know that what Syrians need most today is a sense of hope and security.

* The names of the people mentioned in this article have been changed.

N.B. Click here to read about Embrace the Middle East’s visit with LSESD.