When Religion Becomes Idolatry: A Reflection on the Politics of Identity in the Midst of the Syrian Crisis 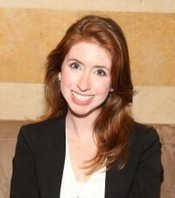 Like Jacob, I have recently wrestled with God over the politics of my own identity. From a young age I had attained to what many around me attested to be “profound maturity” in my Christian faith.  I could quote Bible verses in the proper context with a sound interpretation for the right circumstance.  I had a solid theological answer for every question of faith, and even for those questions I had not yet thought to ask, I could conjure an immediate response based on my finely tuned spiritual reasoning.

And then war broke out in Syria, and my faith was shattered.

Somehow all of my biblical reasoning seemed to be in turmoil. My theological platitudes seemed to fall short. I found that not only did I not have the answers, but I was lost.  Drowning in a sea of blood, and destruction, and despair. I resented those who could rest assured at night trusting that “this was the will of God.” I resented those who could pray, and weep, and find comfort.

And somehow in the midst of this pain and suffering, God was still at work.  I remember one Saturday at a food aid distribution for Syrian refugees, a mother presented me with her infant with a brain tumor so grotesque that she looked like a creature from another world. The infant’s eyes stared up at me unblinking.  Her mother lamented that her baby had long ago ceased to even cry from the pain.  And the UN, they would not pay for her surgery.  Reading over the dirty, crumpled prognosis, I didn’t have the heart to tell the mother that it was because there was no hope for this child.  They would not waste their limited resources on certain death.  And all I could do was weep with her, standing there shivering in the cold.  I called my friend over and we laid hands on the baby and prayed for her together.  I didn’t have the strength to do it alone.  That night I couldn’t sleep.  I tossed and turned and prayed for that child.  I was heartbroken and angry.

Two weeks later I learned that the UN had agreed to pay for the child’s surgery to remove the tumor.  She was going to be fine. Life from death. That’s what God can do in the midst of suffering.  But I still don’t understand how, or when, or why.

What I have learned is that I am so small, and God is bigger than I ever imagined.

There has been a lot of talk over the past decade or so around the idea of Christian worldview. In 2005, Nancy Pearcey published a widely acclaimed book entitled, Total Truth: Liberating Christianity from its Cultural Captivity.  It outlined the need for Christians to develop a holistic understanding of the world that incorporates our faith into every aspect of our being, rather than compartmentalizing it. While I support her thesis, I have also recently found an unexpected theological kinship with post-structuralist thinkers Levinas and Derrida.

These fathers of post-modernism warned against the dangers of totalitarian systems of thought.  Though I may not agree fully with all of their premises, I do agree with doing away with neatly packaged discourses that conveniently order the world. And here’s why: any system of thought, no matter how complex, that has a humanly obtainable answer for everything is essentially atheist, or at the very least, agnostic.  We’ve essentially taken God out of the equation by making it about the equation.  But while God is a God of order, He is not an equation. He is a Person. Or rather, a Being of triune existence. And He is by definition, Other.  He is by definition, beyond comprehension.

When we attempt to make sense of the world by ordering the mind of God, we are inevitably fashioning Him in our own image, because the human mind is never free of prejudice.  And this is idolatry.

And this has led to so much evil in the world.  It has perpetuated systems of oppression.  And racism.  And hate.  It has led to genocide.  And apartheid.  And rape.  Tell me that the church’s hands are clean from the blood of even the past century, and I will tell you that you are complicit in upholding the kind of bloodguilt the church lives with every single day. And this is one of the most dangerous sins of all: apathy.

I have often pondered over Gandhi’s confession, “I like your Christ; I do not like your Christians.” Yet its historical significance did not fully dawn on me until recently.  I was reading Thomas Merton’s The Seven Storey Mountain, when the following description of the then tragically misled solidarity of the Church of England pierced me to the heart:

It is a class religion, the cult of a special society and group, not even of the whole nation, but of the ruling minority in a nation…The thing that holds them together is the powerful attraction of their own social tradition, and the stubborn tenacity with which they cling to certain social standards and customs, more or less for their own sake… Its strength is not in anything supernatural, but in the strong social and racial instincts which bind the members of this caste together; and the English cling to their Church the way they cling to their King and to their schools: because of a big, vague, sweet complex of subjective dispositions… (Merton, p. 72).

While this is the type of blunt critique that perhaps only a Trappist monk could safely deliver, it still gives one pause that this religious solidarity was the very force that drove colonialism. It was the worldview that sought to “tame the Orient” and “convert the heathen.”  It produced the privileged social class that E.M. Forster and Tagore decried, and against which Gandhi so famously protested. And its characteristic ethos is painfully familiar.

In his seminal work, The Prophetic Imagination, theologian Walter Brueggemann further reflects on the subtle political motivations that shape our perceptions of the divine. He aptly observes that, “…for those who regulate and benefit from the order of the day a truly free God is not necessary, desirable, or perhaps even possible” (Brueggemann, p.23). If we have managed to successfully chain God to our own bandwagon, or at the very least, to put Him into a box, then He is surely not God.  He must be an idol.

In light of this, I cannot help but ask: When we are confronted by the tragedies of this region, and the suffering of the world, do we fall back on easy answers born of our cultural/political norms and our socialization?  Do we attempt to put a band-aid on the gushing wound of the world’s brokenness so that we can rest assured at night that this is “the will of God” and that we have “done our part”? Do we slam our doors in the faces of the refugee and the destitute, or turn a blind eye, justifying our actions with religious truisms that serve to maintain the status quo? Do we sacrifice the Other on the altar of Self claiming that God is on our side?

Yes, my identity is in Christ.  But who is Christ?  And who am I?  And who is my neighbor?  These are the questions that I will spend the rest of my life grappling with.  And the moment I think I’ve found all the answers, I have slipped into an easy idolatry fashioned in no other image than my own. The first Other we do violence against is always God.

N.B. This article was first published by the Institute of Middle East Studies’ blog on October 22nd, 2015.

Practical Demonstrations of the Love of Christ →