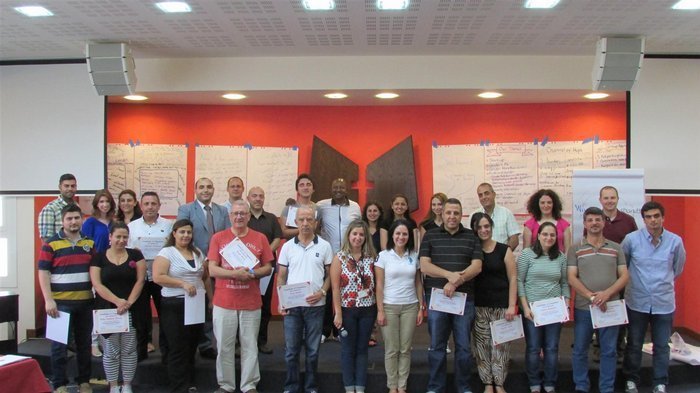 A UN commander once stated that, “it has probably become more dangerous to be a woman than a soldier in armed conflict.”

Evidence has shown that Gender based violence (GBV) and Sexual Gender Based Violence (SGBV) significantly exacerbate during times of conflict while response to GBV is often hindered mainly due to the lack of coordination between programs targeted to address this dilemma, and the inability of girls and women to access services. There are many heartbreaking stories of women who have been physically, sexually and emotionally abused, raped, and trafficked during the Syrian war.

Studies have shown that issues like rape, intimate partner violence (IPV), sexual and physical abuse, early marriages, and prostitution are some of the concerns that women in Lebanon are facing. Although Lebanon has a fairly progressive domestic violence law compared to other countries in the region, inequality between men and women is still evident. A change in international and national laws is crucial towards ending violence and abuse, yet this alone is not enough. People’s attitudes towards sexual abuse of women needs to be changed as well.

It is the church’s duty to speak boldly of the atrocities committed towards women and girls such as rape, sexual and physical abuse, early marriages, prostitution, etc. even if it is taboo to do so. Jesus publicly traveled with women, forgave the adulteress, gave a woman the privilege of being the first to tell others of His resurrection, and raised a girl child from the dead. He gave women dignity, honor, privilege and safety. As daughters and sons of God, shouldn’t we do the same?

To be silent about the global violence against females is to be folded together with those who carry out such violence…  Silence is not a virtue; it is a vice two times compounded, for it contains both indifference to the victims and complicity with the destroyers.

LSESD, in partnership with World Vision, has formulated a project to address the issues of GBV and SGBV in Lebanon using the Channels of Hope for Gender model of addressing gender issues through Biblical and Christian interpretation. Religious leaders are often great catalysts to positive change within their communities. They play an important role in raising awareness and promoting best practices for preventing and reducing GBV and SGBV. Therefore, the project aimed at improving the capacity of church leaders to respond to such issues.

The project encouraged churches to start activities to strengthen the relationships of refugee couples. Over a six-week period men and women had separate counselling sessions and were also encouraged to do things together as a couple to strengthen their marriage. Some couples went out for a meal at a restaurant, while at one church there was a cooking competition where the husbands cooked for their wives. This was done primarily so that husbands took on roles that are characterized as only for women, and that the husband would get a sense of how hard their wives work at home.

As a result of the workshops, counselling and activities conducted by the churches, the lives of 75 Syrian refugee couples are forever changed. Participants vividly described this change. One woman said, “When we took the training and teachings about forgiveness, we saw a lot of changes in our relationship and lives.” A husband commented “I heard this story once: someone asked about what the role of a wife is? Some said it is to cook and others said it is to clean and take care of the house. But I answered, ‘You are all wrong! She is the crown to be placed on top of one’s head.’” And a woman who was severely abused, physically and emotionally by her husband said, “Jesus Christ changed my life and I don’t know where I would’ve been without him. The Church is standing by me and I cannot thank them enough for that.”

Returning dignity to refugees is a priority for LSESD and this project is one way we are helping to do so amongst victims of GBV in Lebanon.

← Never the Same Again! Responding in a Time of War: The Impact of the Church inside Syria →